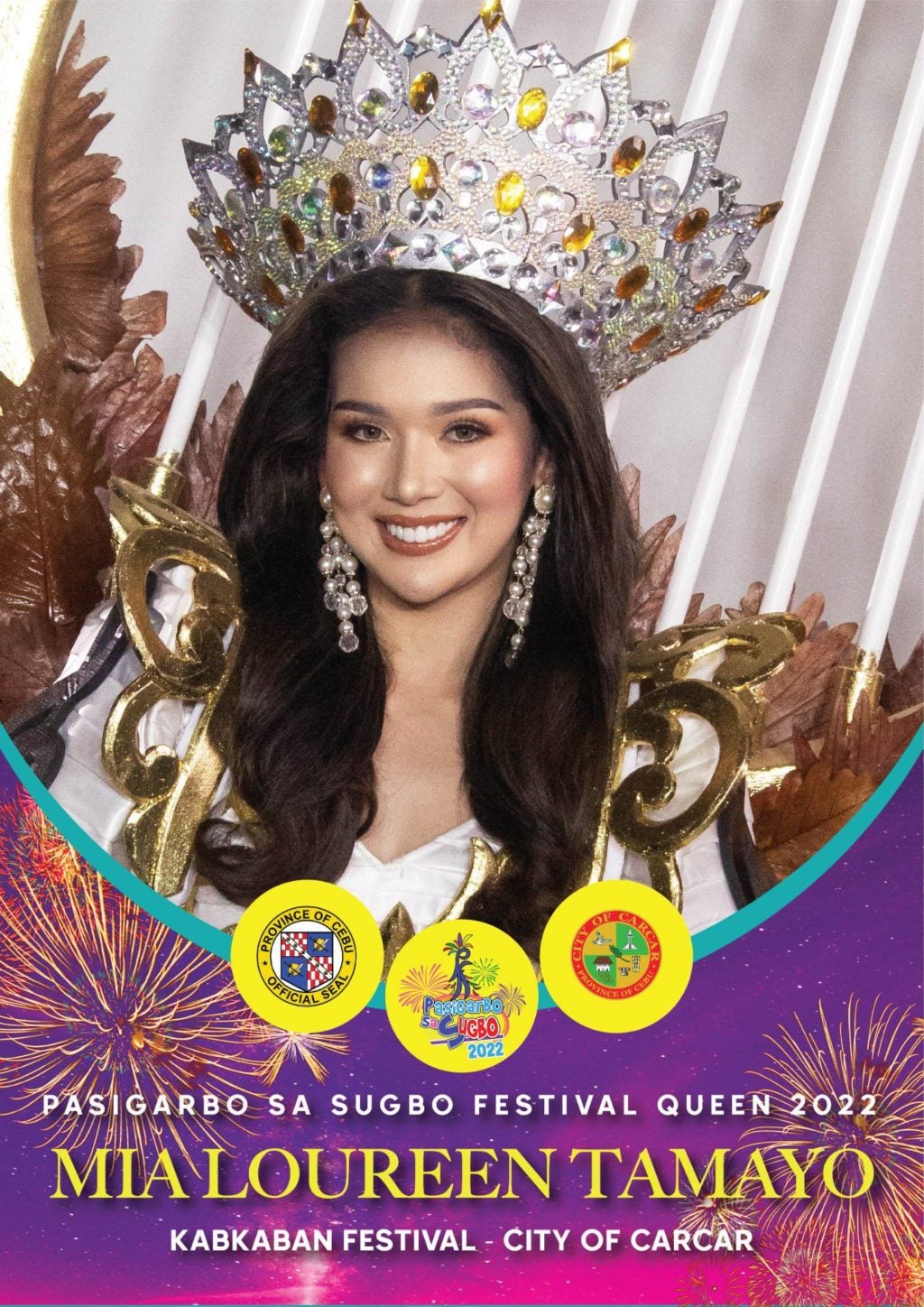 Tamayo was crowned by her predecessor Marla Alforque the 2019 Pasigarbo sa Sugbo Festival Queen, Gov. Gwendolyn Garcia, and some members of the Cebu Provincial Board during glitzy coronation rites at the Cebu City Sports Center.

Here is the complete list of winners for the major and minor awards for the recently concluded Pasigarbo sa Sugbo Festival Queen 2022 search:

Tamayo received P50,000 in cash from the Cebu Provincial Government aside from other privately sponsored resort, and tour accommodation, a franchise of a local business, P16,000 additional cash, P2,000 voucher, and P20,000 worth of services from the event’s sponsors.

The other winners also received their own set of prizes.

A prejudging took place an hour before the start of the coronation night wherein the candidates were rated for their beauty of face and figure which accounts for 20 percent.

The rest of the criteria include group production and presentation for 35 percent; solo performance for 25 percent, and stage presence and projection for 20 percent.

The Pasigarbo sa Sugbo 2022 grand showdown competition dubbed as “Festival of Festivals” is slated this Sunday, August 28, 2022, also at the CCSC.   /rcg