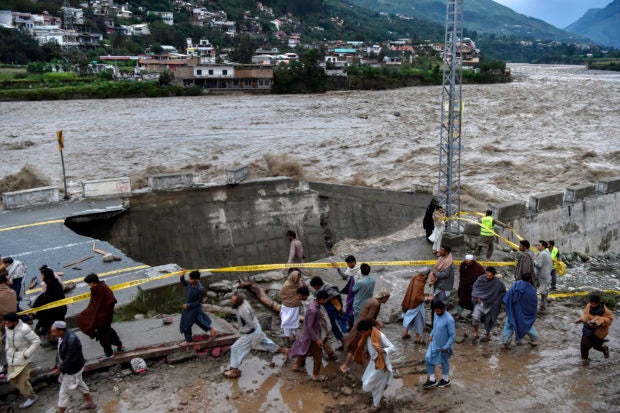 ISLAMABAD — The death toll from monsoon flooding in Pakistan since June has reached 1,033, according to figures released Sunday by the country’s National Disaster Management Authority (NDMA).

It said 119 people had died in the previous 24 hours as heavy rains continued to lash parts of the country.

The annual monsoon is essential for irrigating crops and replenishing lakes and dams across the Indian subcontinent, but each year it also brings a wave of destruction. 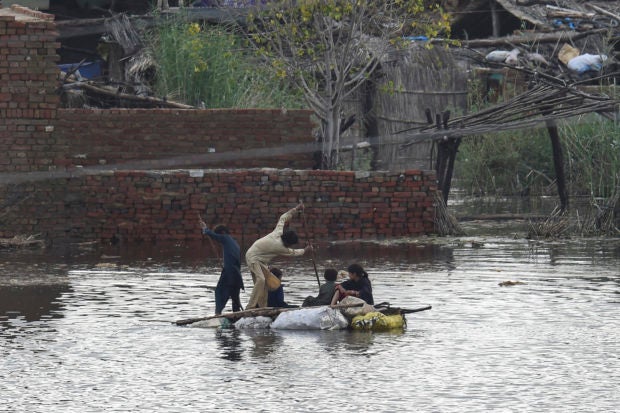 Children use a raft to make their way in a flooded area after heavy monsoon rains on the outskirts of Sukkur, Sindh province, on August 27, 2022. AFP

The NDMA said more than two million acres of cultivated crops have been wiped out, 3,451 kilometres (2,150 miles) of roads destroyed, and 149 bridges washed away.

Death toll in rises to 168 in Germany and Belgium floods

Your subscription could not be saved. Please try again.
Your subscription has been successful.
Read Next
LGUs call for support for their Pasigarbo contingents; offer live streaming, raffle prizes