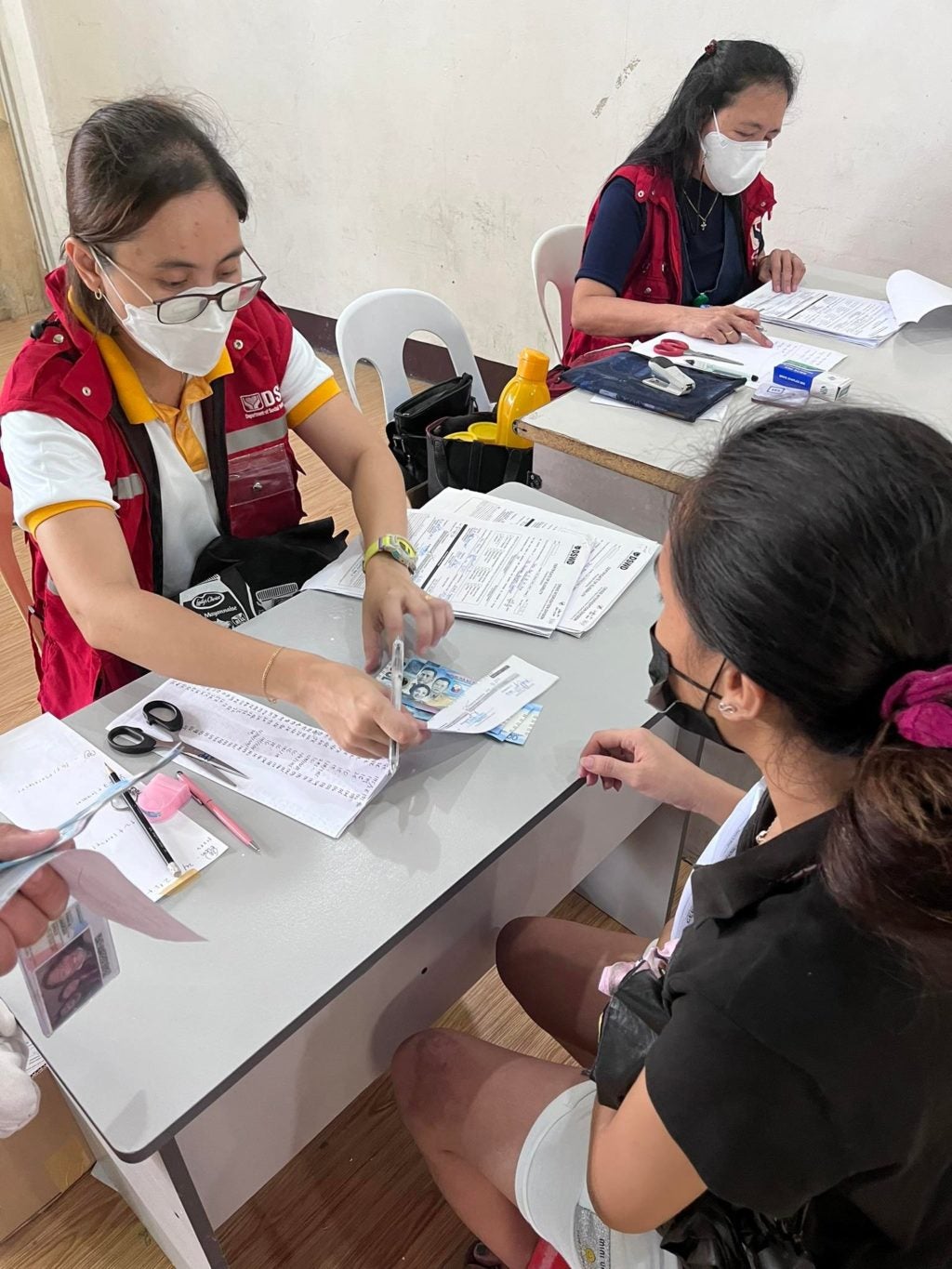 A student from Barangay Guadalupe in Cebu City receives her educational assistance from DSWD-7 on August 20, 2022. | DSWD-7 photo

CEBU CITY, Philippines — The Department of Social Welfare and Development in Central Visayas (DSWD-7) has already reached its target number of applicants for the agency’s educational aid program.

This is the reason why they had to temporarily suspend the receipt and processing of online applications for the release of the government aid which they started last month.

DSWD-7 director Shalaine Marie Lucero is asking the public to wait for agency announcements on the possible resumption of processing of online applications for their educational assistance program that will depend on the outcome of their September 3 payout.

“Our estimated target (of online applications) is 59,000, and we have reached that number already. So, we temporarily closed our QR Code or link,” she said, noting that the 59,000 applications came in in less than 24 hours since they made the announcement on QR Code and the link for application.

DSWD-7 launched the QR Code and the agency link for online applications last August 24 to avoid overcrowding of their distribution centers.

The agency’s 59,000 online applications were subjected to initial assessment to especially avoid duplication.

During the assessment, they found out that some of the online applicants were not eligible because they were already recipients of the Pantawid Pamilyang Pilipino Program (4Ps) or other government scholarship programs.

Lucero said that from among the 59,000 qualified applicants, about 11,000 of them were scheduled to receive their payout on Saturday, Sept. 3.

The others already received their share of the payout last week while the remaining batch of qualified recipients are scheduled for payout in the coming weeks.

The list of qualified beneficiaries still do not include those coming from the tri-cities of Cebu, Mandaue and Lapu-Lapu.

Lucero said that a number from among the 11,000 applicants were later on found ineligible to receive the cash aid during the onsite verification.

For those who received a confirmation message through email or test on their payout scheduled, are advised to bring two photocopies of any valid ID (preferably with their signature, except for the PhilSys ID) and two photocopies of any of the following: certificate of enrolment of registration, student’s school ID, statement of account, or any document from the school which serves as proof that the individual is enrolled for this school year.