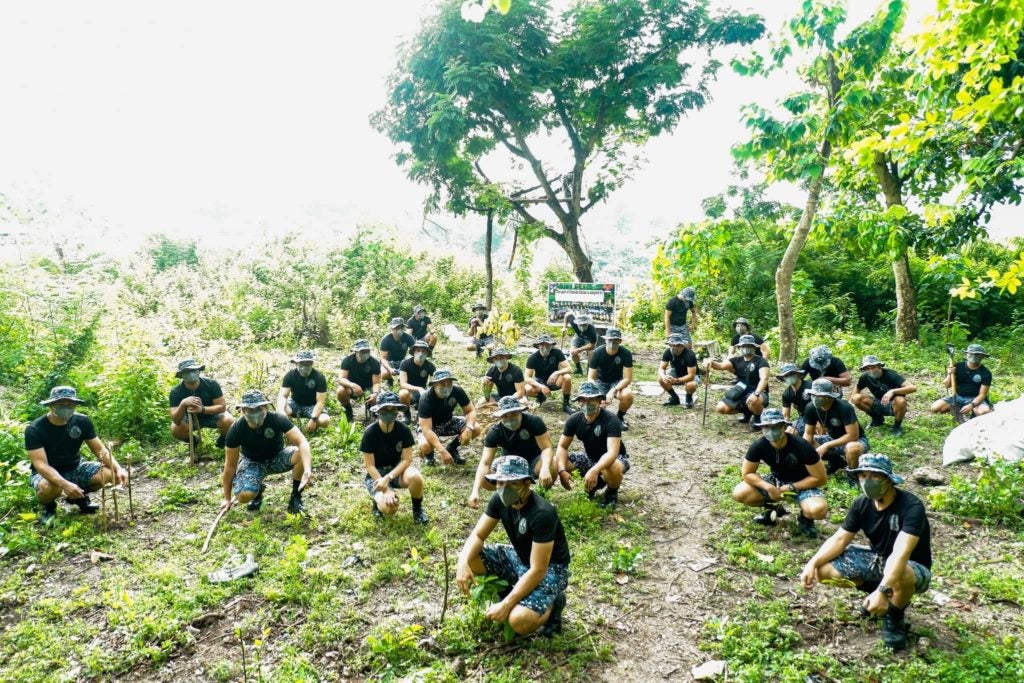 A total of 31 personnel from the Cebu City Jail Male Dorm participated in a seedling planting activity at the Osmeña Shrine in Barangay Kalunasan, Cebu City on Monday, September 5, 2022.

CEBU CITY, Philippines — At least 200 fruit-bearing seedlings were planted on Monday, September 5, 2022,  by Cebu City Jail Male Dormitory personnel at the Osmeña Shrine in Barangay Kalunasan, here in line with the 31st anniversary celebration of the Bureau of Jail Management and Penology in Central Visayas (BJMP-7).

These seedlings are composed of 100 pieces of guyabano seeds; 20 pieces of coffee seeds; 20 mango seeds, 20 kopang, 20  taguilomboy, and 20 seedlings of law-at.

A total of 31 personnel from the Cebu City Jail Male Dorm participated in this early activity, wherein they also collected three sacks of trash in the area.

“We are one with BJMP Region 7 in celebrating its 31st anniversary highlighted by this simultaneous tree planting activity. We are comitted to in our advocacy for environmental protection and its sustainability,” said Jail Superintendent Metz Milton Placencia, jail warden of the Cebu City Jail Male Dormitory.

“We plant trees because we want to help the government in taking care of the environment. This is also our way of letting the community know that we are not only concerned on the safekeeping of the Persons Deprived of Liberty, but as well as on social responsibility,” Placencia added.