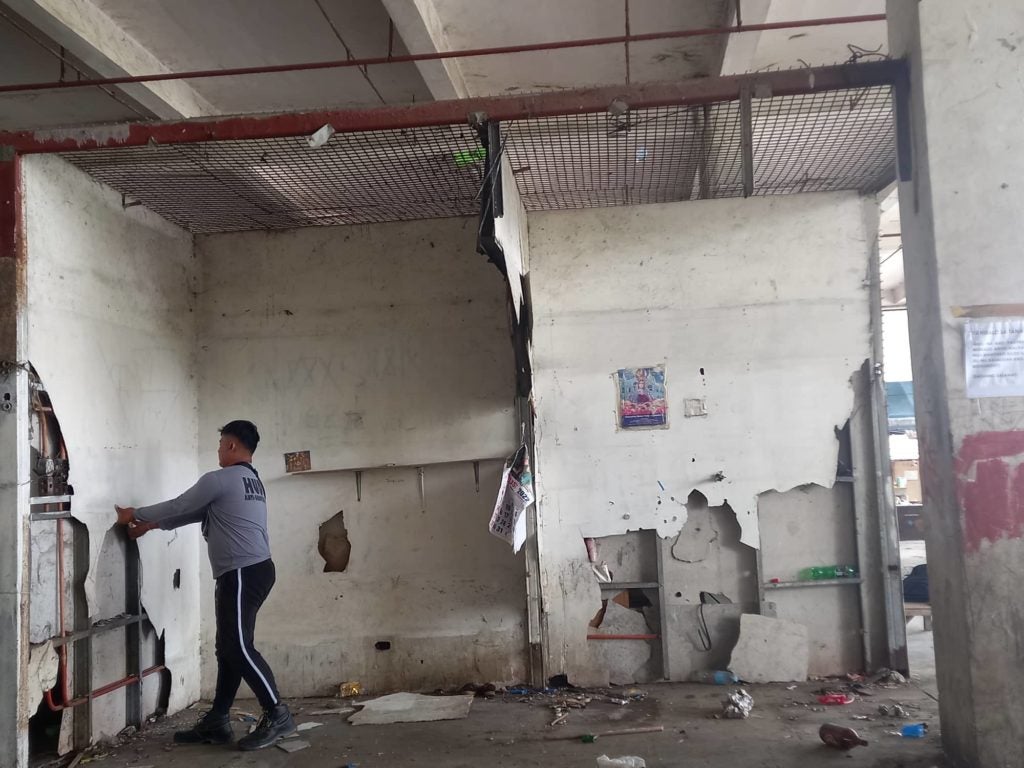 Stalls of informal settlers inside the old Mandaue public market are taken down as those taking shelter in the building have been sent home to their respective barangays. | Mary Rose Sagarino

MANDAUE CITY, Philippines — Families, who were taking shelter at the old public market building in Barangay Centro in Mandaue City, were sent home on Monday, September 5.

Personnel from the city’s Housing Urban and Development Office (HUDO) also destroyed the old stalls that they occupy inside the abandoned market building that is located at the back of the Mandaue City Sports and Cultural Complex.

HUDO Demolition Team Head Cesar Ylanan said they asked a total of 14 families to return to their places of origin in Barangay Soong in Lapu-Lapu City, and Barangays Cambaro and Looc of Mandaue City.

Ylanan said these families were exposed to danger since the old market was badly damaged by the magnitude 7.2 earthquake that hit Cebu and Bohol province on October 15, 2013. 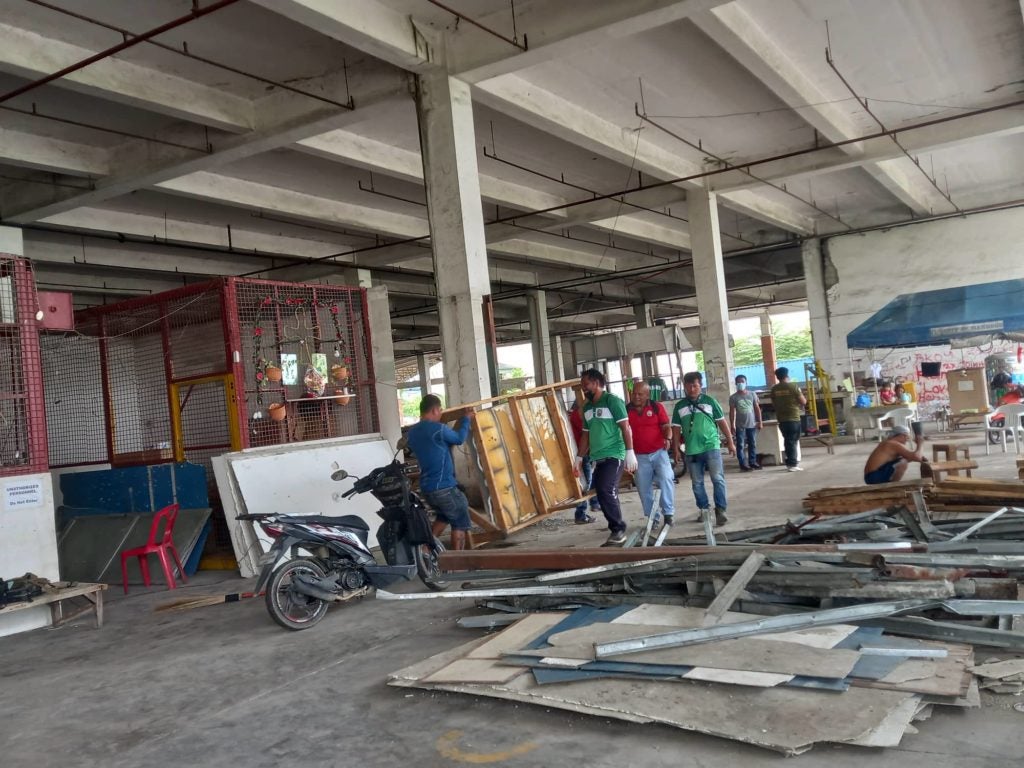 Some 14 families staying inside the old public market in Mandaue City, which was damaged by the 2013 earthquake, has been sent home to their respective barangays. | Mary Rose Sagarino

It was already the second time that they sent market occupants home. The first one was in 2019.

Simion Ribada, who is originally from Bantayan Island and one of the informal settlers living inside the old market, is very worried for his family and their livelihood.

His family transferred to the city thinking that they might earn more.

Ylanan said a Janitorial and Security Office (JASO) personnel would be stationed at the old market to monitor and ensure that no informal sellers would live inside the old establishment.

Cebu City’s non-obligatory use of face mask: Trial only