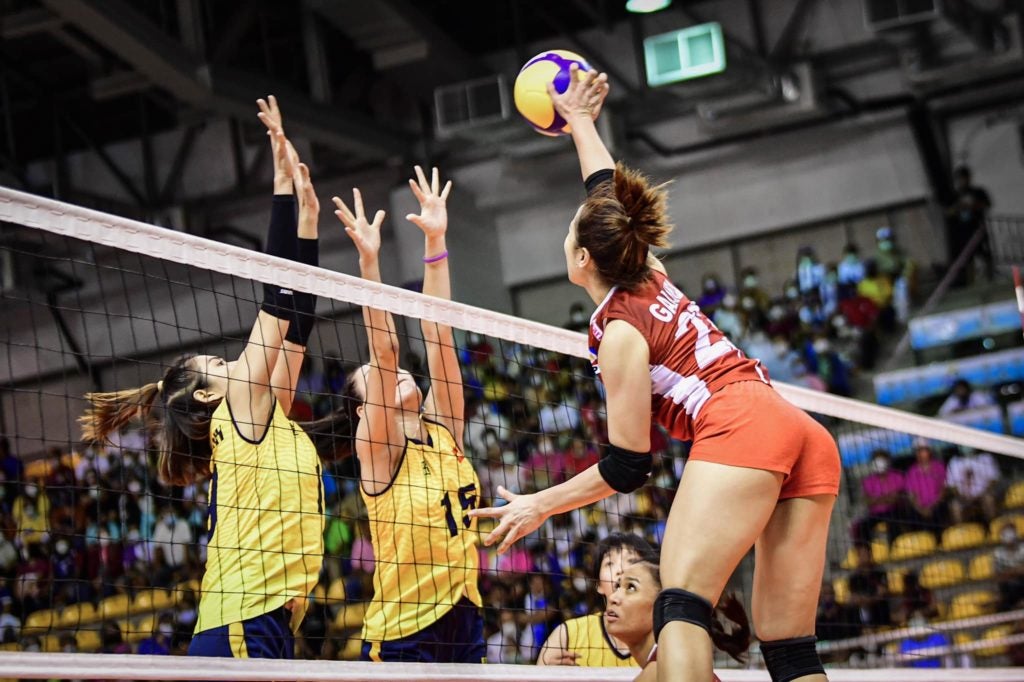 Jema Galanza of the Philippines smashes the ball in front of Vietnam’s blockers during their 2nd ASEAN Grand Prix Women’s Volleyball Invitation in Thailand on Saturday evening. | Photo from the Asian Volleyball Confederation.

The Philippine team remained winless in two matches in their campaign, while Vietnam improved to a 2-0 (win-loss) record. In last Friday’s opener, Creamline Pilipinas lost to the Thais, 25-17, 25-22, 25-12.

Compared to their valiant stand against Vietnam during the AVC Cup for Women battle last August in Manila, the Creamline Pilipinas simply had a difficult time in their match last night.

The defeat denied Creamline Pilipinas the chance to secure a silver medal in the three-day tournament.

Tots Carlos led the team’s scoring for the second straight game with 11 points, eight of which was tallied in the third set. Ced Domingo chipped in seven points, including two service aces.

Tran Thi Thanh Thuy flexed her winning form for the Vietnamese with 13 points.

The Philippines hopes to achieve a podium finish by capturing a third straight bronze against Indonesia at 4 p.m. (Manila time) today, Sunday, September 11, 2022.

Meanwhile, Vietnam will play against the host team at 7:00 PM today.