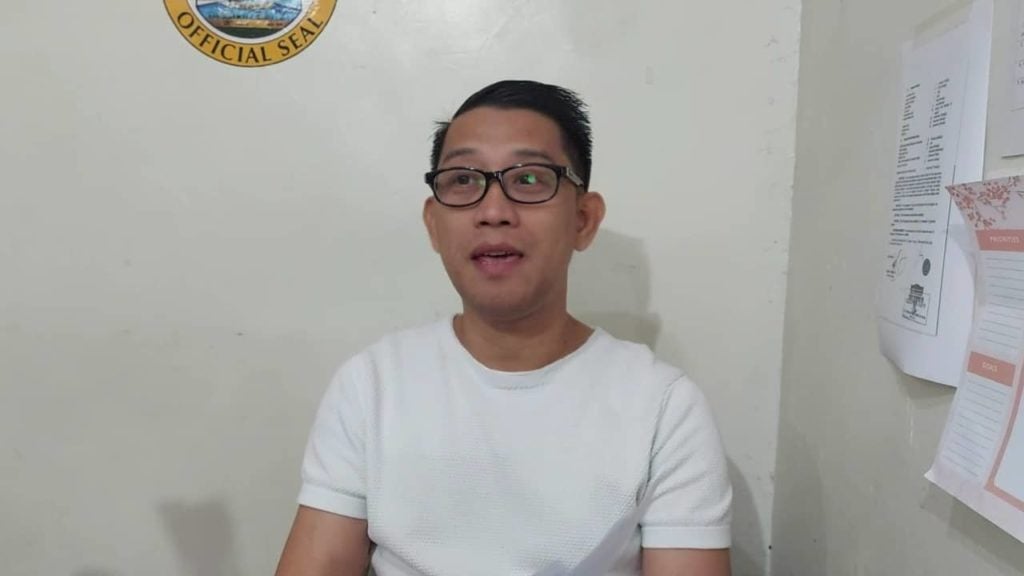 Gary Lao, City of Lapu-Lapu Office for Substance Abuse Prevention chief, is pushing for an ordinance to require businesses to have a drug-free workplace before they can renew their business permits. | Futch Anthony Inso

LAPU-LAPU CITY, Philippines — Business establishments in Lapu-Lapu City will soon be required to have a drug-free workplace before they can be allowed to renew their business permits.

This can happen if the proposal of City of Lapu-Lapu Office for Substance Abuse Prevention (CLOSAP) to have this kind of ordinance in the city will be submitted to the City Council and if the latter will pass it as an ordinance.

Garry Lao, executive director of CLOSAP, said that he had already talked to Councilor Emilio Galaroza, who agreed to sponsor the proposed ordinance in the city council.

(This has been our long time dream, even from the first term of the mayor, then this was realized now. We approached Councilor Galaroza, and I’m very happy that Councilor Galaroza, being the chairman of dangerous drugs and health, he was working on it, our draft ordinance that we submitted to him had been revised by him and even made better.)

Lao said that the proposed ordinance would be endorsed to the city council in their regular session on Wednesday, September 14, 2022.

He said that they would also be consulting the City Legal Office and Mayor Junard “Ahong” Chan regarding the proposed policy.

The proposed ordinance was entitled “An Ordinance Mandating Business Establishments within the Territorial Jurisdiction of Lapu-Lapu City to Execute and undertaking adhering to a “Drug-Free Workplace,” as a Requirement for the Acquisition or Renewal of Business Permits and Providing penalties for violation thereof.”

Under the proposed ordinance, Lao said that business establishments would be required to establish a drug-free workplace before their business permits could be renewed.

(This is one of the coverage of the employers, this is part of showing their work area to be a drug-free workplace upon the renewal of the (permits of their) businesses.)

He said that with this, business establishments would now be required to conduct random drug tests on their employees.

The drug test will also be a part of the requirement for business establishments before accepting an applicant.

The ordinance will cover all types of business establishments.

(The [proposed] ordinance, for me, on the part of the Closap, we have not broke any laws because what employer would want an employee who would use drugs?.)