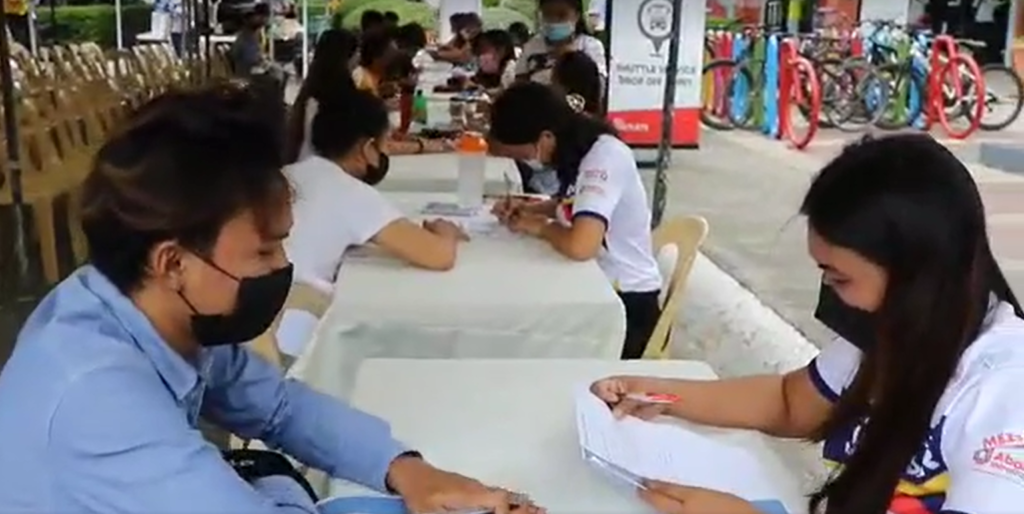 LAPU-LAPU CITY, Philippines — The Lapu-Lapu City government plans to hold another job fair this November this year after the success of the PESO Lapu-Lapu The Outlet Job Fair on Sept. 16 where 229 jobseekers were hired on the spot (HOTS).

Kim Francisco, head of Public Employment Service Office (PESO) of Lapu-Lapu City, said that aside from those 229 HOTS applicants, most of the applicants would also undergo further screening and final interviews with the participating companies.

Francisco said that there 3,000 job vacancies from different companies available during the job fair.

He also said that they recorded 4,500 applicants during the job fair.

Mayor Junard “Ahong” Chan, who attended the program opening the job fair, expressed his gratitude to their partners and the companies that participated in the event.

(As much as we can do. That is what we promised as a campaign promise that we want every family will live better and their livelihood will  prosper.)

He also cited Rep. Cindi Chan (Lapu-Lapu lone district) and other city officials for their support in the activity.

Francisco, for his part, also thanked the jobseekers who participated in the event.

(So we’re so very happy that we have a lively reception to our jobseekers, and the full support of Aboitiz and the city government of the job fair this day.)

(Especially also to our Department of Labor and Employment Regional Office 7 that from Day 1, they gave us guidance on how we go about our job fair.)

He also hoped that the relaxed implementation of the health and safety protocols would bring back the vibrance of the city’s economy and would give opportunities to those who would be looking for jobs.

He also said that the planned job fair this November would be held around the time when the city would celebrate the feast day of the city’s patroness, Nuestra Señora de Virgen dela Regla or the Our Virgin of the Rule.

The feast day of the Our Virgin of the Rule is celebrated every Nov. 21.