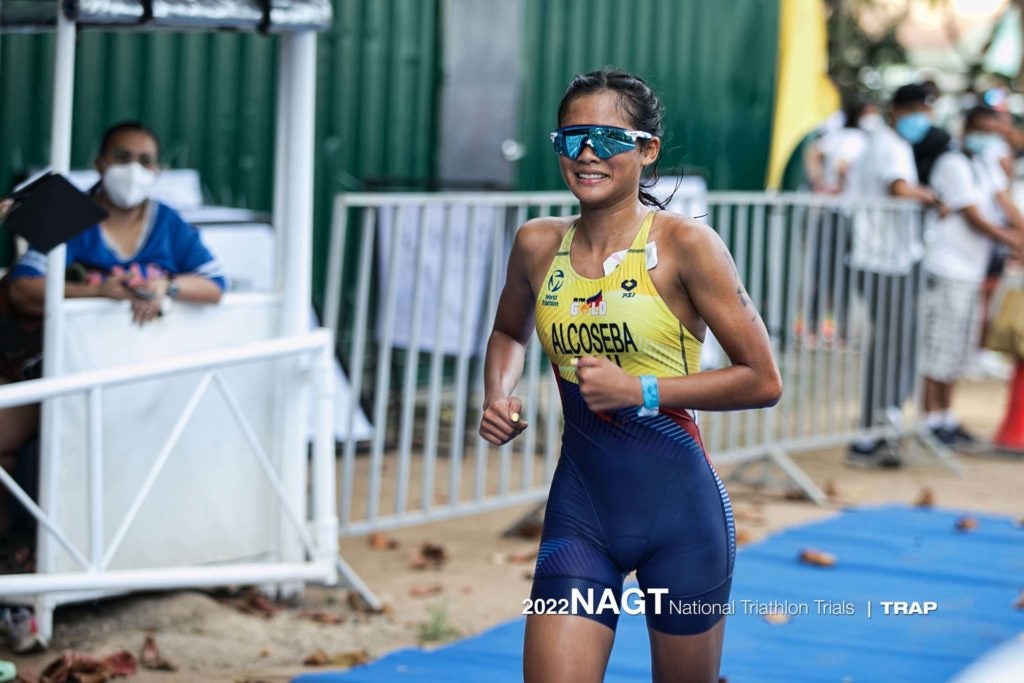 Raven Faith Alcoseba during the 2022 NAGT. | Photo from the Triathlon Association of the Philippines Facebook Page.

The 19-year-old Alcoseba made an impression in her major international stint as the lone Filipino to finish the in Aktau, Kazakhstan last Saturday, September 17, 2022.

The bronze medalist of the 31st Southeast Asian Games in Hanoi, Vietnam last May, Alcoseba settled for 15th place in the women’s elite category with a time of two hours, 11 minutes, and 17 seconds.

Despite her promising performance, Alcoseba told CDN Digital that it was a hard-earned finish and she learned many lessons during the race.

“The level of competition for this race was really high and I believe that my fellow teammates prepared really well for this race. It was just hard given that we had to do eight loops on the bike course,” Alcoseba explained why the rest of the Philippine triathlon team failed to finish the race.

Mangobrang “Did Not Finish” while Casares was lapped during the bike leg.

“I learned that no matter how strong you are, there will always be someone who is working much harder than you. This race made me realize how much I still need to work on and I will go back to Cebu with new insights,” Alcoseba, an ace swimmer of the Dela Salle University Green Archers vowed.

She also revealed that one of the most difficult parts of the race was the bike leg.

“For me, the swim went well which made me have a good pack on the bike. But the bike was just brutal and it really opened my eyes to how much I still need to work on my off-the-bike run,” Alcoseba said.

She also revealed that her next race will be in her hometown Talisay City, in the inaugural Talisay City Aquathlon on October 9, 2022.      /rcg