Gwen: Cordova fixed and floating cottages operators have until Oct. 4 to demolish structures 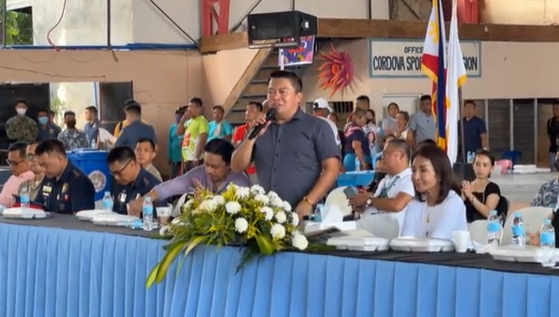 LAPU-LAPU CITY, Philippines — Cebu Governor Gwendolyn Garcia has instructed all operators of fixed and floating cottages in Cordova to demolish their structures no later than October 4, 2022.

Garcia issued the ultimatum during the second stakeholders’ meeting on September 20, 2022, at the Cordova Sports Complex.

“Demolition of illegal structures such as floating and fixed cottages within the Municipality of Cordova, and we are referring to your cottages,” she added as she reads the draft executive order that she will be signing.

Garcia earlier issued two executive orders which banned the further construction of fixed and floating cottages within the coastal waters of the town and suspended their operation.

The order was issued after the EMB-7 found high levels of fecal coliform in the coastal waters of Cordova, specifically in Barangays Catarman and Poblacion, where the fixed and floating cottages were situated.

Aside from this, the Municipal Government of Cordova also found out during their inspections that fixed and floating cottages operating in the town have no proper wastewater disposal system and comfort rooms.

For those who will not be able to demolish their structures after October 4, Garcia said that the provincial government will demolish them, in coordination with the Maritime Police, PCG, Philippine Navy, and the municipal government.

The LGU has identified around 400 fixed and floating cottages operating in the town which have no proper permits and clearances.

Suan, for his part, also agreed with the decision of the governor.

DOH-7 earlier also issued an advisory against swimming and other similar activities in those areas.

Due to this, Garcia also issued an executive order which prohibits swimming activities within the 33 hectares of coastal waters that were included in the inspection of EMB-7.

Garcia, however, also announced that the provincial government will provide financial assistance of P10,000 to 127 fixed and floating cottages owners and operators and 16 stall owners along the Bora-Bora and P5,000 for 147 “bangkeros” whose livelihood would be affected.

Mayor Suan also said that the municipal government will also give P5,000 for fixed and floating cottages operators and P2,000 for bangkeros.

Aside from this, the LGU also distributes 1 sack of rice for each fixed and floating cottages owner and bangkeros who attended the meeting.      /rcg