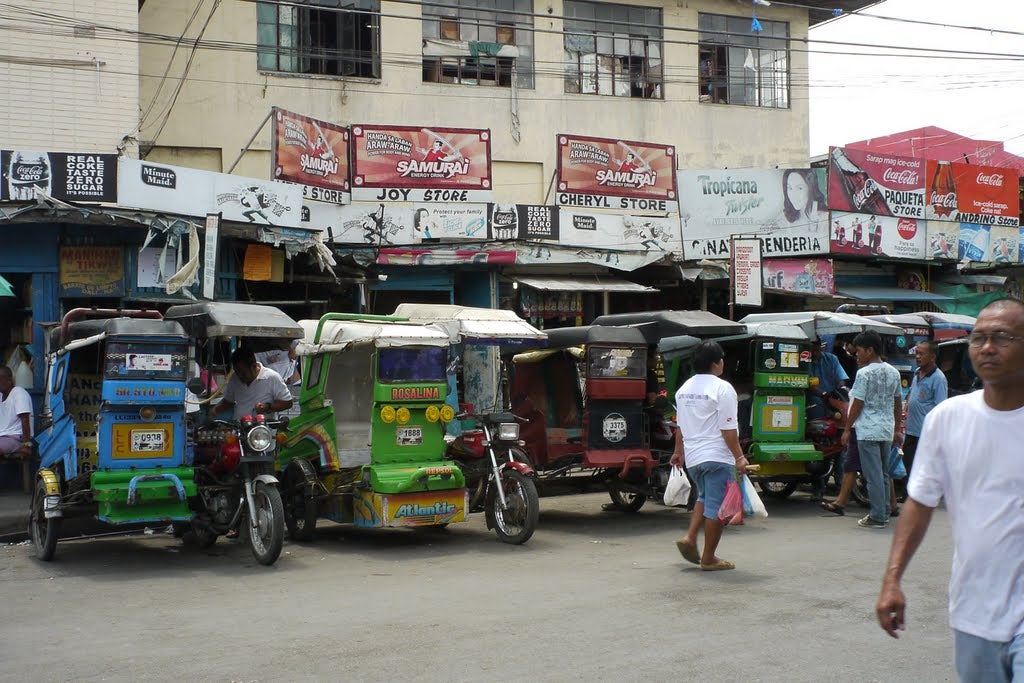 LAPU-LAPU CITY, Philippines — Lapu-Lapu City Mayor Junard “Ahong” Chan has announced that the new fare rates for tricycles operating within the city is now in effect.

On his Facebook page, Chan said that the new fare matrix was the city’s response to the clamor of the public in decreasing the current fare rate for tricycles.

(This is in line with the public’s request to lower the fare that was heeded by our councilors, who are our partners in hearing your complaints through Councilor Jun Alforque, chairman of the Committee on Transportation.) 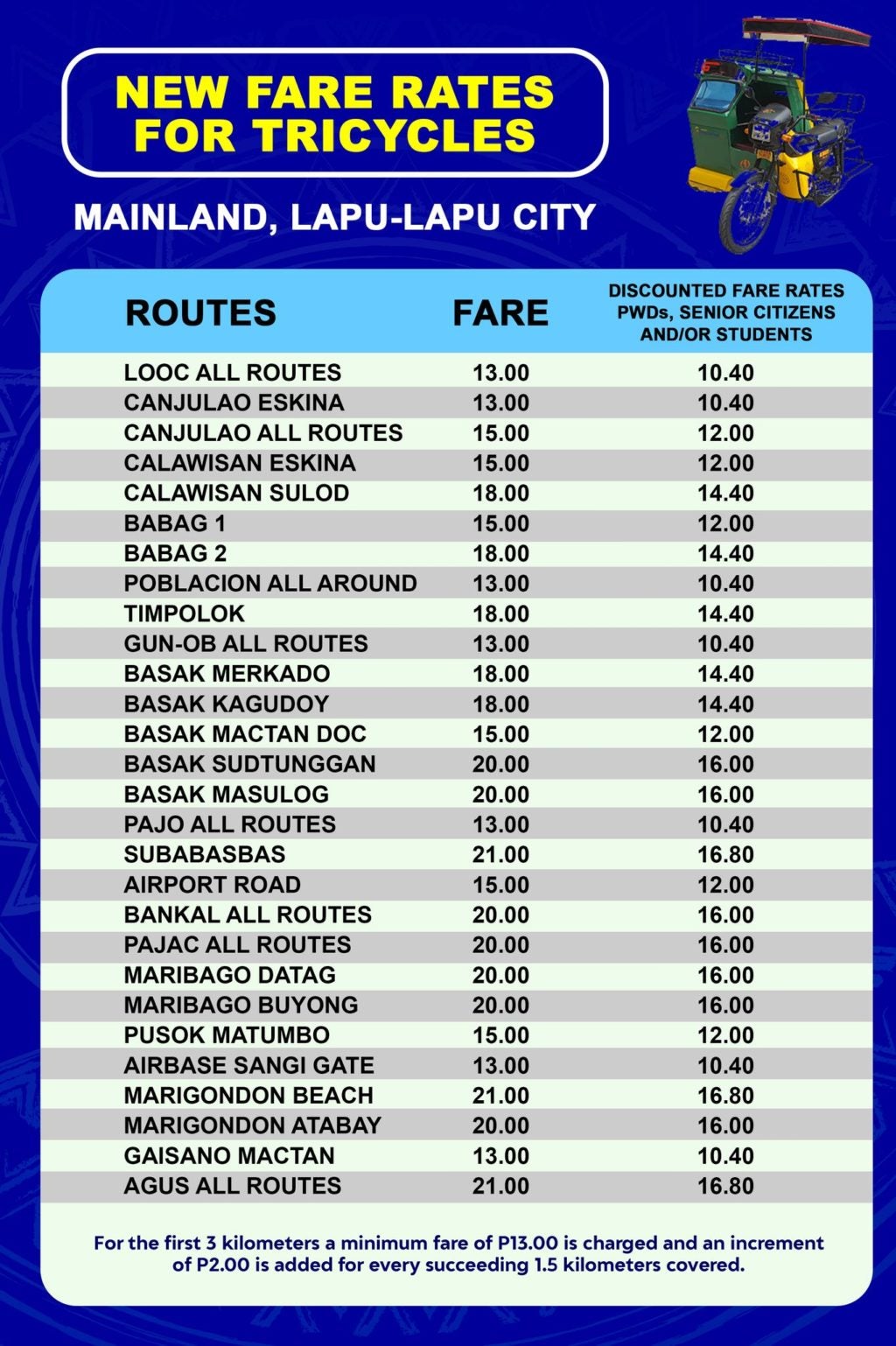 This is the new fare matrix of the tricycles in Lapu-Lapu City. | Contributed photo

Under the new fare rates for tricycles, the new fare will be at P13.00 for the first three kilometers and an increment of P2.00 is added for every succeeding 1.5 kilometers covered.

In line with this, Chan urged tricycle drivers to visit the City Legal office to secure a copy of the new fare rate.

He added that this would help a lot of commuters so that they could save from the current fare.

Chan also reminded the tricycle drivers to follow the discounts intended for senior citizens, persons with disability (PWDs), and students.

(If you encounter tricycle drivers who will not follow those discounts, please report these to may office or you can chat me through my FB page the body number of the tricycle.)

The mayor said that he had already instructed the City Traffic Management System (CTMS) to monitor those tricycle drivers that would not post a copy of the new fare rates in their units.

LTFRB to PUV drivers: No fare hike until Oct. 3

Fare hike will impact on our budget – commuters

Read Next
Once-In-A-Lifetime: Philippine Madrigal Singers to perform in Cebu