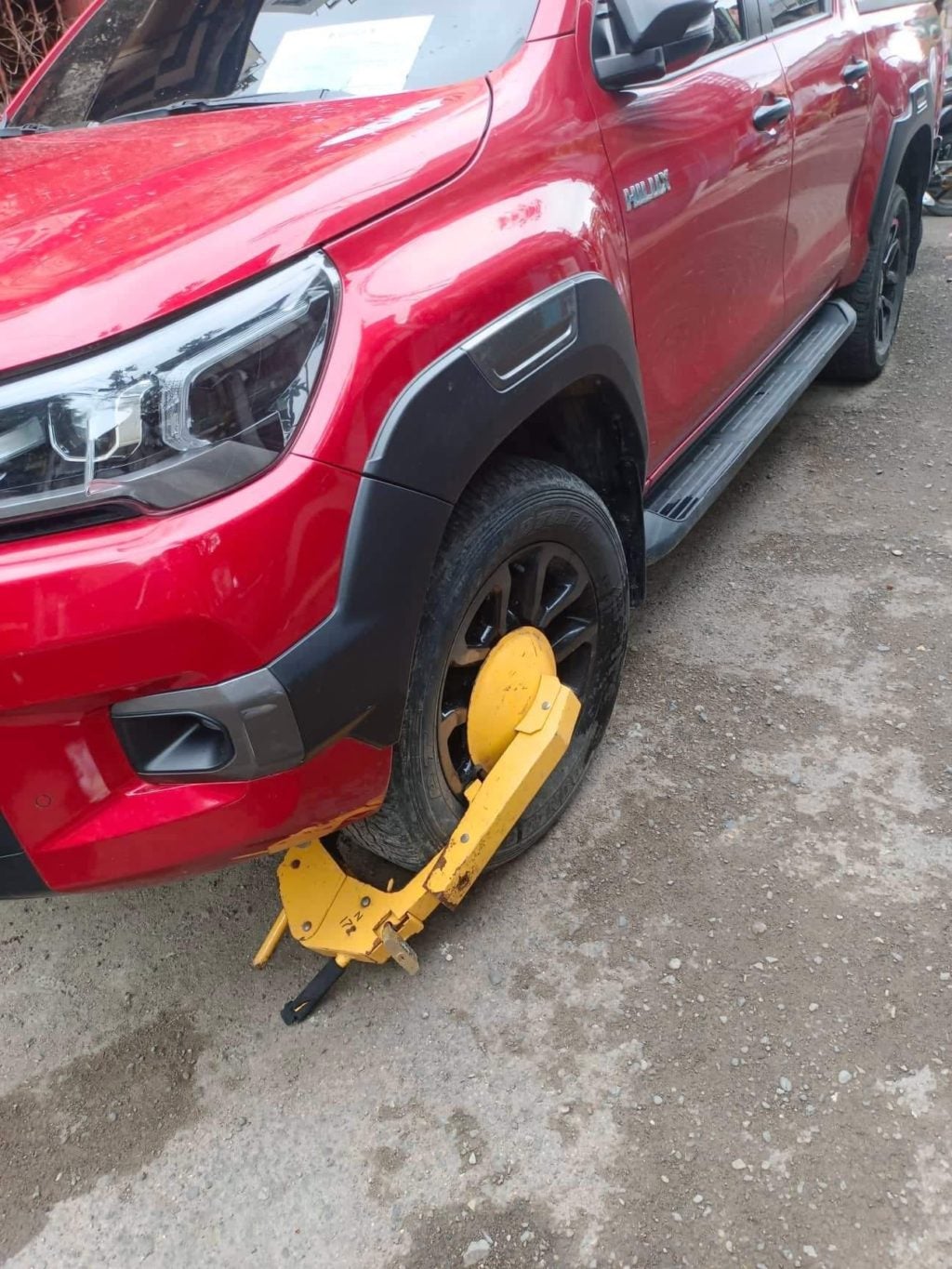 CEBU CITY, Philippines — Personnel of the Cebu City Traffic Office (CCTO) clamped early on Wednesday, Sept. 28, 2022, the service vehicle of Cebu City Councilor Jaypee Labella after this was parked overnight outside of their residence along M. Borces Street in Barangay Mabolo.

Labella’s vehicle was released about two hours later after he paid a fine of P1, 500.

But instead of getting mad at traffic enforcers, he commended those who clamped his vehicle for doing their job.

“In order for us to achieve Singapore-like, we should have Discipline walay Pili…Kudos To our CCTO personnel for doing their job,” he wrote in a separate social media post.

CCTO Executive Director Paul Gotiong, in a separate interview, said that what happened to Labella’s vehicle was an indication of their seriousness to bring order to Cebu City streets as part of the city government’s campaign to make the city Singapore-like.

He said that no one will be spared.

“We have to clamp it (Councilor Labella’s vehicle) so that people will see that there’s transparency in our apprehension,” Gotiong told CDN Digital.

“As per mayor sad nga we have to instill discipline man gyod and order,” he added.

With this, Gotiong also reminded the public, especially the motorists, to follow traffic and parking rules.

Cebu City Mayor Michael Rama, earlier, announced that he will be signing a new Executive Order (EO) that will remind Cebuanos of the need to comply with existing rules and regulations relating to garbage collection, traffic management, and the designated curfew hours, among others.

According to Rama, his most recent EO is expected to help the city in achieving its desire to become a “Singapore-like Cebu City,” particularly in terms of cleanliness and development.

Meanwhile, Gotiong said that this was not the first time that they clamped the service vehicle of a public official for violating traffic rules.

He said that several other councilors, department heads, and barangay officials were also fined for the same violation in the past.

Gotiong said CCTO is also strictly enforcing traffic laws at the City Hall square to establish discipline among government employees who park their vehicles in the area.

He said the traffic signs are in place to guide vehicle owners to the designated parking spaces and to observe traffic rules.