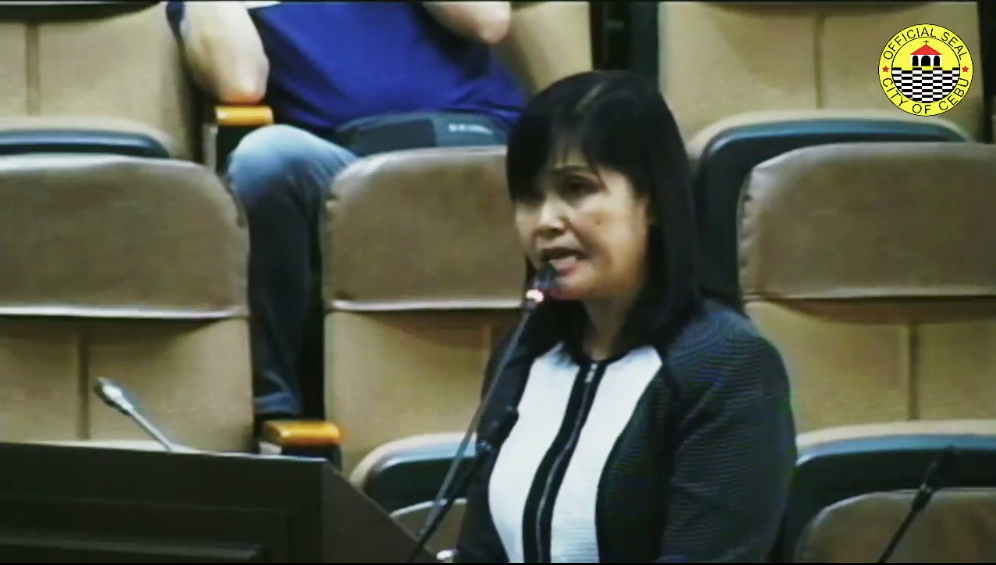 CEBU CITY, Philippines — The Cebu City Council will request the Department of Health (DOH) and the Private Hospitals Association of the Philippines (PHAPI) to investigate a private hospital in Cebu City after it allegedly declined to admit a patient in an emergency situation last Friday, Sept. 23, 2022.

The 91-year-old patient eventually died a few hours after being denied admission.

During its regular session on Wednesday, Sept. 28, 2022, the council supported and passed the resolutions filed by Councilor Mary Ann De Los Santos, calling for the same action.

De Los Santos was emotional when she revealed during her privilege speech on Wednesday, that the patient, her 91-year-old aunt, Milagros De Los Santos, passed away on the same day after the private hospital allegedly refused for her emergency admission.

The session was aired live via the Sangguniang Panlungsod-Cebu City official Facebook page.

CDN Digital is withholding the name of the private hospital until such time that they will issue an official statement on the matter.

Sought for comment, the DOH 7 also said it will look into the matter.

De Los Santos said that while her aunt may have suffered a heart attack or stroke, her aunt’s death is “squarely” in the hands of the hospital for its failure to accept her in an emergency.

“She passed away because she was declined acceptance at the emergency room of (the hospital). The reason given was that the hospital had no staff to cater to her emergency that day,” the councilor said.

“We can only speculate that the good lady could have survived had she been provided a quick assessment, diagnosis, and treatment by a physician in an emergency room setting,” she added.

De Los Santos said her aunt called the Emergency Rescue Unit Foundation (ERUF) at around 2:40 p.m last Friday to transport her to the nearest hospital. At 2:48 p.m., the ambulance arrived at the latter’s residence in Barangay Lahug.

“At 3:27 p.m., she was brought back home in Lahug as she was already frustrated for being denied (admission),” the Councilor said in a follow-up phone interview on Thursday, Sept. 29.

De Los Santos said it was somehow good judgment on the part of the ERUF that even though her aunt disembarked from the ambulance, the ERUF ambulance still waited at her residence.

She said that one of the responders noticed her aunt’s shortness of breath and took the chance to call another hospital, which was situated in Mandaue City, and asked if her aunt can be accommodated there.

However, her aunt was declared dead on arrival at the hospital in Mandaue City at around 4:23 p.m.

“Is it not the duty of the hospital leadership to inform the public in certain services especially the emergency room is not available, and provide alternative information on where the patient can go,” De Los Santos asked.

The councilor said she understands that the problem of understaffing is a problem not only at the hospital her aunt first went to, but also at other hospitals throughout the country, but she maintained that it is incumbent upon each hospital to look for ways to mitigate the impact of this situation.

Republic Act No. 8344 penalizes the refusal of hospitals and medical clinics to administer appropriate initial medical treatment for support in emergency serious cases.

De Los Santos’ aunt was a Chemistry teacher at one of the private universities in Cebu City and also previously worked in the United States for a long time as a chemist.

“Let this 91-year-old lady’s death heighten our desire to improve the delivery of healthcare in Cebu,” De Los Santos said during her privilege speech.

The council also passed De Los Santos’ motion of requesting the chairperson of the Committee on Health of the House of the Representatives (19th Congress) to enact laws governing the salary of nurses and other medical and paramedical personnel working in private hospitals in order to prevent understaffing and brain drain among health care workers.   /rcg

Man dies after being denied admission at a Talisay City hospital