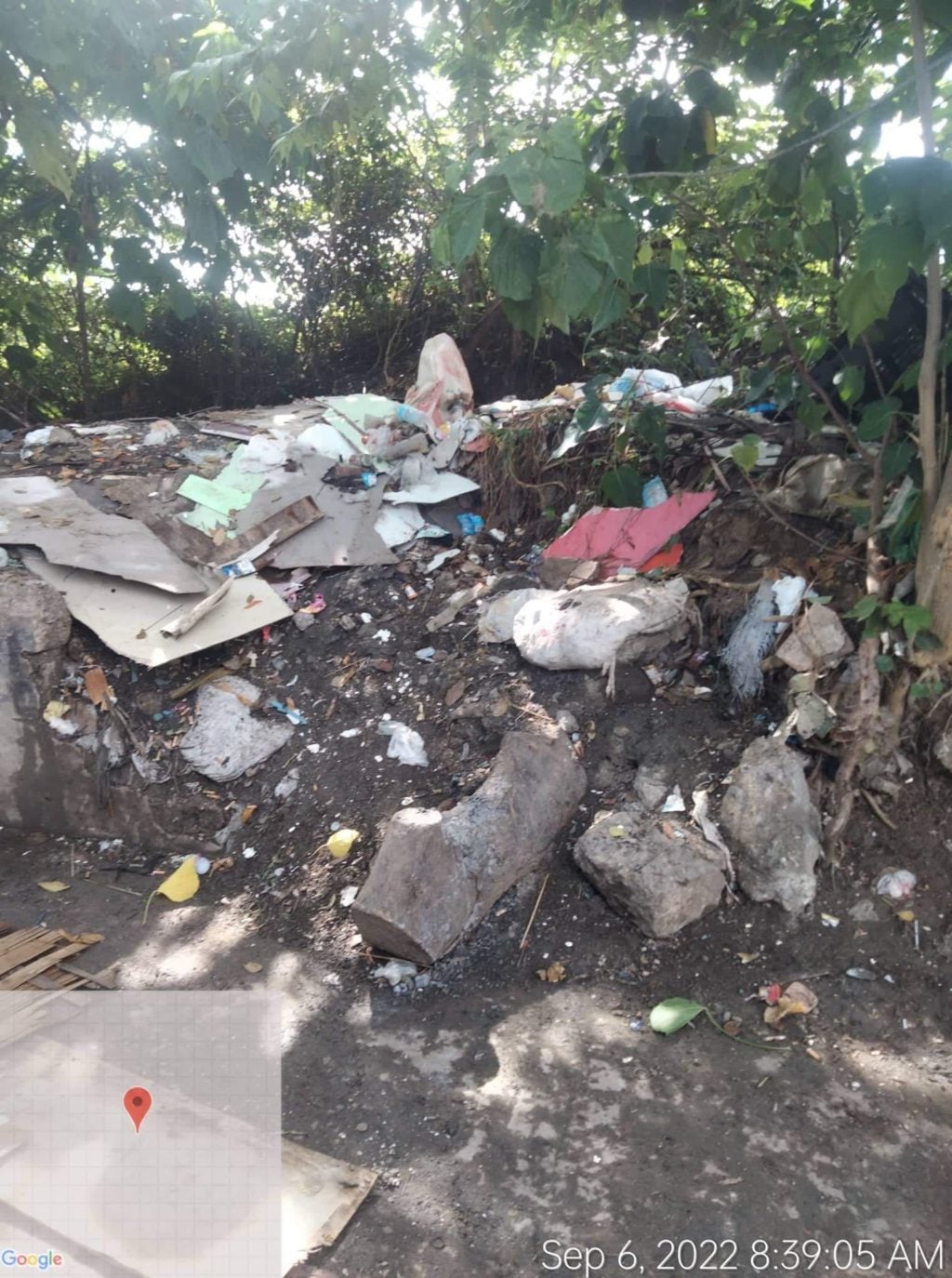 Photo of a garbage hotspot in Barangay Day-as, Cebu City before the area was converted to a mini garden last Sept. 6.| Photo courtesy of Grace Luardo

CEBU CITY, Philippines — The head of Cebu City’s Environmental Sanitation and Enforcement Team (CESET) is asking the 80 barangay captains to deputize their tanods to help maintain cleanliness in their respective jurisdictions.

Grace Luardo, the city’s garbage czar, said CESET personnel and barangay environmental officers (BEOs) combined, only total to 242.  Their current manpower is not enough to oversee compliance with garbage disposal regulations in the barangays.

(Our BEOs are assigned in their respective barangays. We have three in each of the barangays.  That is the reason why we are asking our barangay officials to also deputize their tanods.)

(The deputization of our tanods is a big help in our campaign to impose discipline on the people.)

Luardo said the deputization of tanods is needed since there are also barangays that do not have BEOs or those whose officials are not supportive of the garbage disposal campaign of the Rama administration.

However, she did not specify the names of these barangays.

Luardo said that with the scheduled implementation of Mayor Michael Rama’s Oplan Disiplina this month, CESET and other concerned city hall offices will be now be more serious in enforcing the arrest of violators.

As a policy, CESET issues citation tickets to those who are caught littering or those who fail to properly dispose their trash.

But there job is not only limited to making arrests.

In April, CESET also started the implementation of its program to transform identified garbage hotspots into a mini garden.

Luardo said she is also currently in talks with barangay officials to also help them address their garbage concerns.

Based on their initial talks, she learned that many of the barangays do not even have functional trucks for use in daily garbage collection.

The same problem was also brought to the attention of the Cebu City Council that recently ordered the city’s Department of Public Services (DPS) to submit an inventory of the garbage trucks that are owned and operated by the city government.

Legislators wanted to know exactly how many trucks are now owned by the city and how many more are needed to ensure efficient garbage collection.

City Council to DPS: Submit garbage truck inventory on or before Oct. 5

Read Next
Metro fun run to be held on Nov. 6