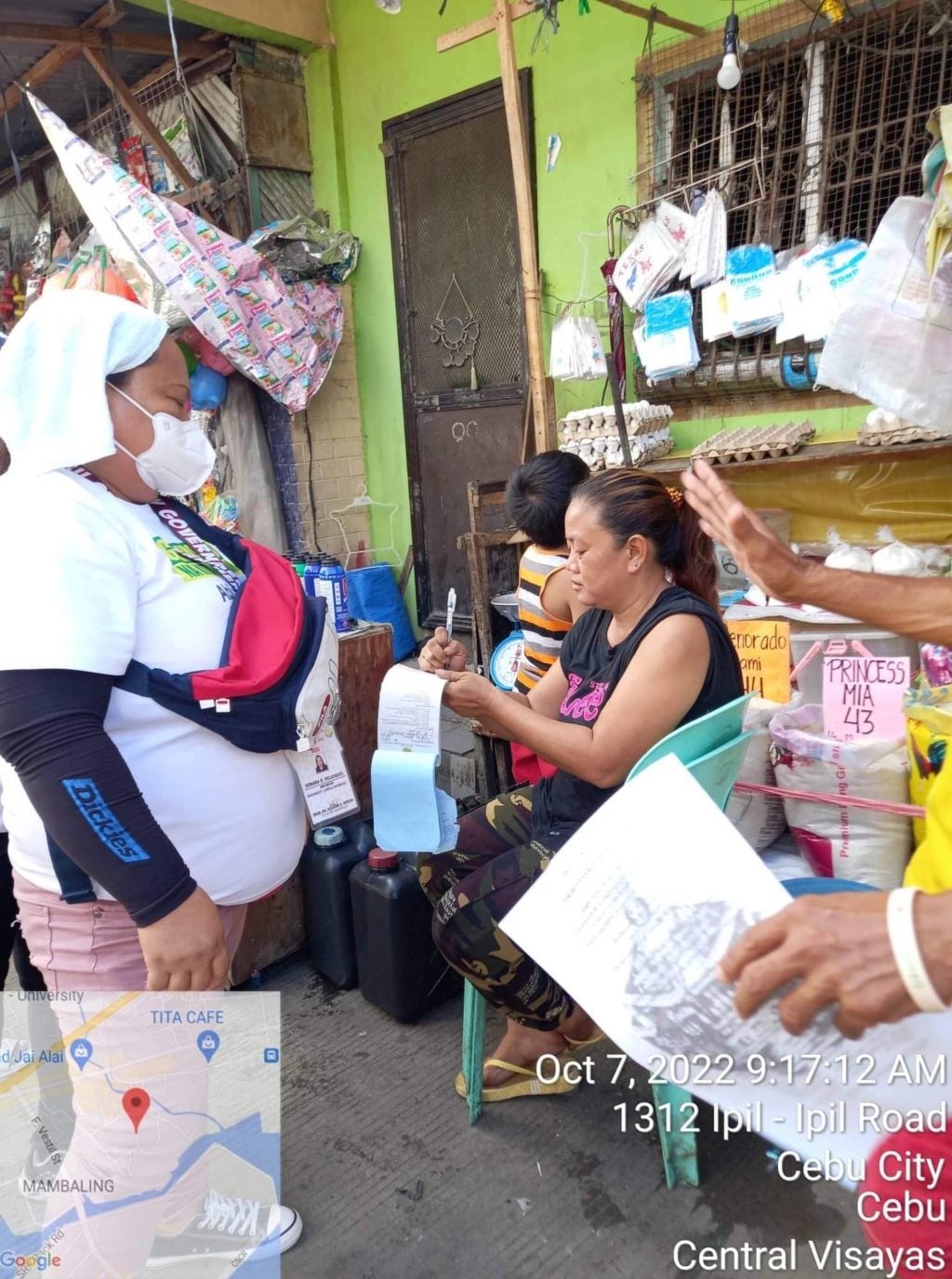 One of the personnel of CESET issues citation tickets to violators of environmental ordinances in Sitio Nava, Barangay Mambaling, Cebu City on Friday, Oct. 7, 2022.| Photo from Grace Luardo, CESET head

CEBU CITY, Philippines — At least 70 individuals from Sitio Nava in Barangay Mambaling, Cebu City were issued citation tickets by personnel of the Cebu City Environmental Sanitation and Enforcement Team (CESET) for violation of the “No smoking in public areas” policy and the City Ordinance (CO) 1361 or the “Anti-Littering Ordinance.”

These apprehensions were made as personnel of the CESET, Barangay Environmental Officers, and Department of Public Services (DPS) conducted a house-to-house information campaign on environmental discipline and cleanup drive in several areas in Sitio Nava.

(We cleaned and we also let the resident there clean the area. We volt in BEOs of different barangays because we saw that area in Mambaling is really dirty. We knocked on each of their doors to conduct an information drive there.)

According to Luardo, individuals, who were caught smoking in public places, faced a P2,000 fine, while those who received citations for breaking CO 1361 must perform a day of community service in their barangay or pay a P500 fine.

Violators, who fail to settle their penalties, risk facing complaints which will be filed by the legal team of the Cebu City Environmental and Natural Resources Office (CCENRO).

Meanwhile, the city government personnel made up of the three departments mentioned earlier also conducted a cleanup drive in a canal (a river turned canal) in the sitio, where they collected at least three trucks of trash.

(This is what we are focusing, in fact we appealed to the councilor of their environment (committee) because we saw that garbage collection is only done once a week.)

(We appealed that that area because it is a problem area, there should be the right collection of garbage. Perhaps, they can do it twice a week.)

Luardo said they were scheduled to return to the area on Saturday, Oct. 8, to demolish a house extension obstructing the flow of water in the canal.

She said that the cleanup effort, which included tagging encroachments, would continue until all areas along Kinalumsan River would be covered.

Read Next
Flag football tourney in Cebu: Nine teams to compete on Oct. 22, 23