Scripted brawls: New modus of teeners to get valuables from unsuspecting public 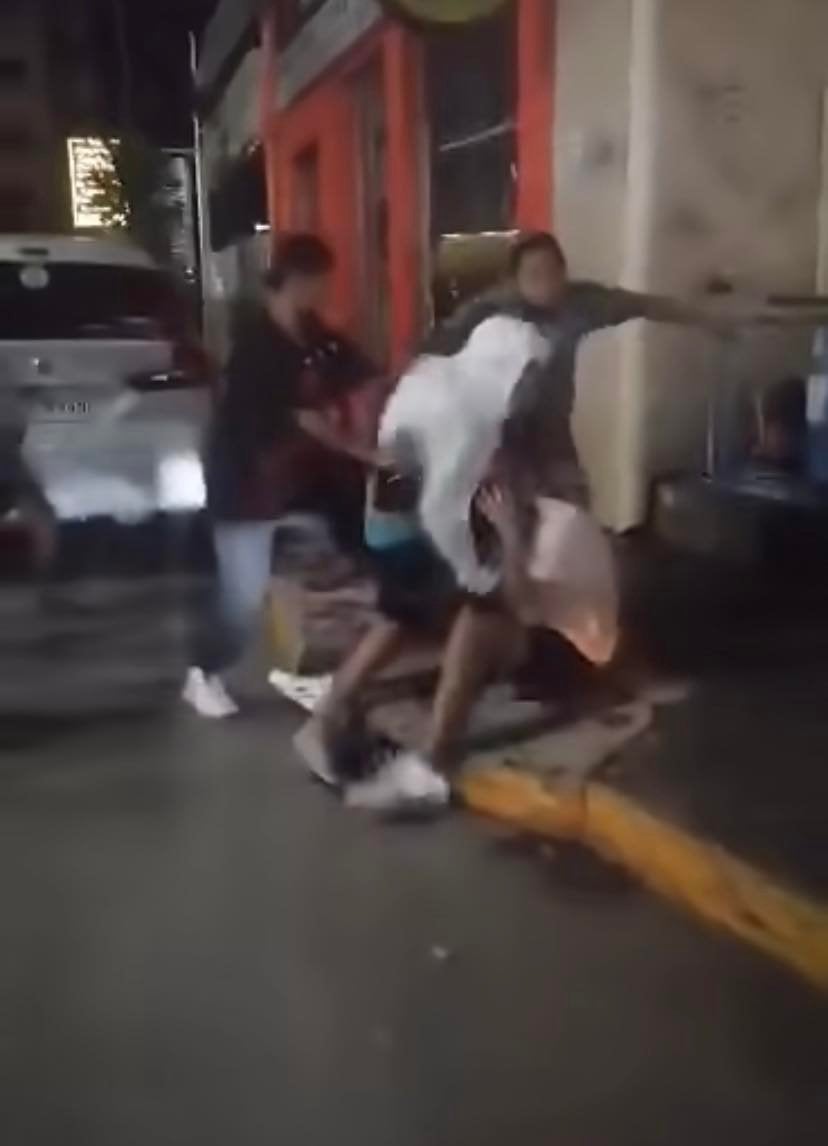 This is a screenshot from a video that went viral after teenagers were filmed fighting outside a bar in Panagdait, Barangay Kasambagan, Cebu City, last Saturday, October 8.

CEBU CITY, Philippines — If you feel the urge to intervene or pacify a fight, especially between two warring groups of youngsters, better think again.

The police have said that some of those brawls may be scripted as a new modus operandi to enable the enterprising suspects to get valuables from those who would try to pacify them.

Police Lieutenant Colonel Wilbert Parilla, deputy director for administration of the Cebu City Police Office (CCPO), bared this following the investigation they conducted and after their meeting with bar owners, barangay, and city officials on Wednesday.

These groups were not bargoers, Parilla said, but are mostly young street dwellers hanging outside bars.

From the meeting, Parilla said that Councilor Philip Zafra, the city’s peace and order committee chairman, also bared the council’s plans of adjusting the curfew hours for minors.

Zafra reportedly proposed to set the city’s curfew an hour earlier or instead of 10 p.m. to 4 a.m., it will now begin at 9 p.m.

Parilla said that they also relayed a few recommendations during their meeting including encouraging bar owners to hire security guards in their respective establishments and to install security cameras, not only inside but also outside their bars.

Police also found out that the two rumble incidents reported in the city in the past weeks happened only once but were separately uploaded last October 1 and 8.

Over this, bar owners are told to immediately clarify to the police whatever is posted on social media about what happened in their respective areas.

Parilla further calls on the public to refrain from posting unverified videos as these may create a bad impression about the city’s peace and order situation.