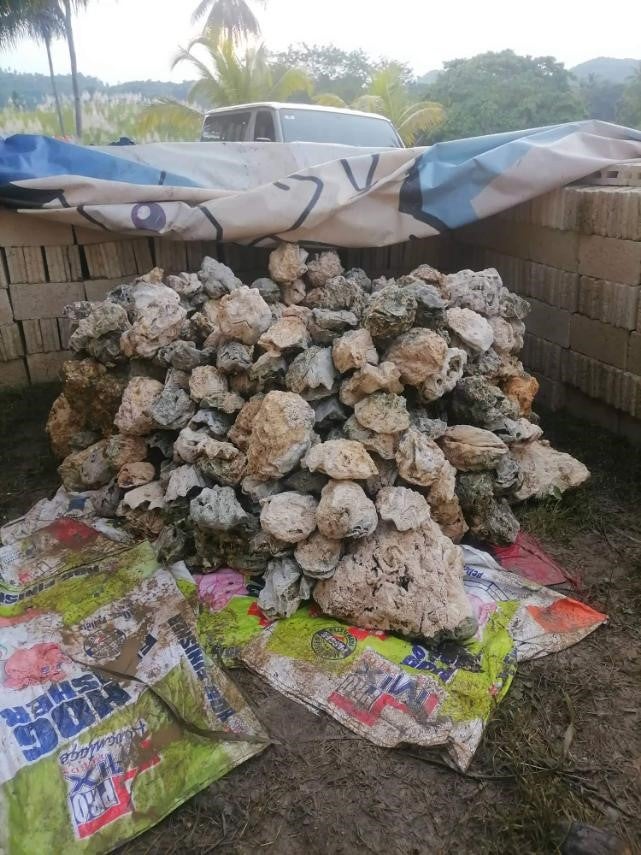 CEBU CITY, Philippines – More than 200 pieces of endangered giant clam shells worth around P30 million were seized in an entrapment operation against an illegal wildlife trader in Borbon town, northern Cebu last October 12.

Pogado was nabbed in his residence in Barangay Bongoyan, also in Borbon town.

Based on reports from the Philippine Coast Guard here (PCG-7) and the Lapu-Lapu City Field Unit of the Criminal Investigation and Detection Group (CIDG), they confiscated around 200 pieces of giant clam shells from the suspect.

They weighed approximately a total of 2,000 kilograms and were valued at P30 million.

Police Capt. Nigel Sanoy of CIDG, in a statement, said the 46-year-old suspect reportedly had been selling the endangered giant clams to customers abroad at P15,000 per kilo.

The suspect is now under the custody of CIDG’s Lapu-Lapu City Field Unit and will be facing charges for violating the Philippine Fisheries Code.

Giant clams have been the subject of extensive poaching and commercial harvesting, according to the Wildlife Justice Commission.

Considered the largest living mollusks, the endangered species are highly sought after as a ‘high-value’ luxury food. Their shells are also being traded in the ornamental carving industry, the Wildlife Justice Commission added.