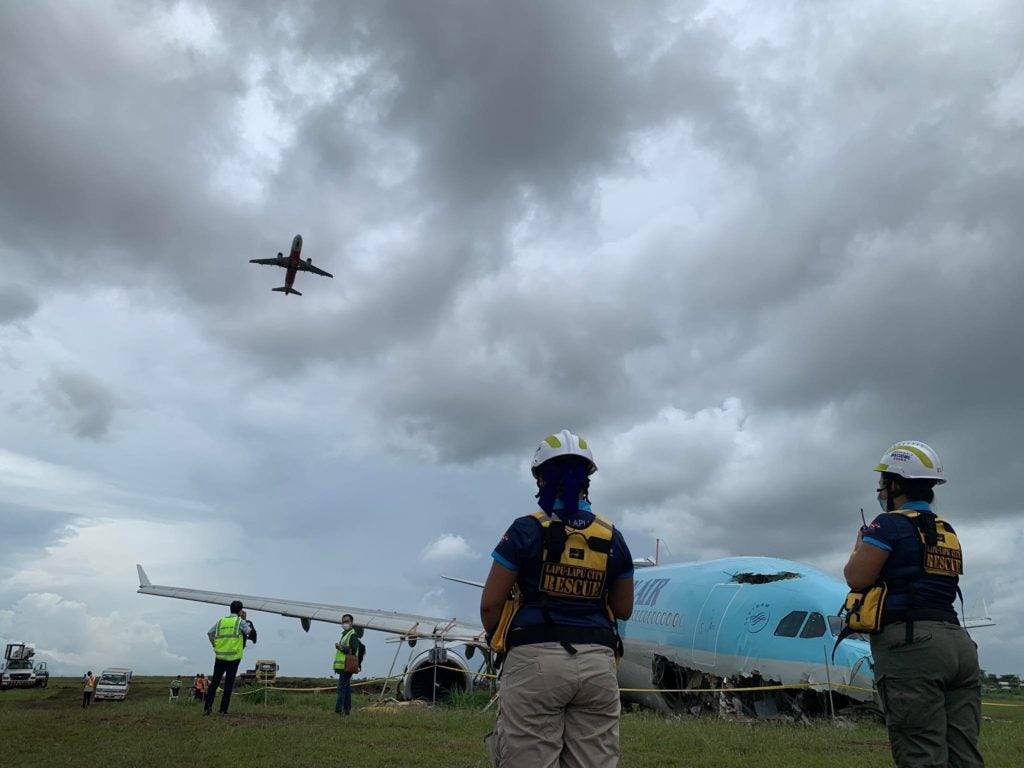 Planes can be seen taking off from the Mactan-Cebu International Airport (MCIA) as operations there gradually resumed following the incident involving Korean Air KE631. The Airbus 330 that crash-landed on October 23 amid heavy rains will be relocated soon so airport personnel can finish repairs and finally, return to their full, normal operations. 📸: Nagiel Bañacia, LLCDRRMO Chief / Facebook

CEBU CITY, Philippines – Approximately four days after its operations got paralyzed due to a jet that overshot the runway, Mactan-Cebu International Airport (MCIA) is back to operating 24/7.

The Mactan-Cebu International Airport Authority (MCIAA) made the announcement at 8 p.m. on Thursday, October 27.

Operations at the country’s second-busiest gateway were only limited to daytime flights between Oct. 25 and Thursday evening, Oct. 27 after Korean Air flight KE631 overshot the runway last Sunday, Oct. 23.

Flights were only allowed to take off and land between 5 a.m. and 5 p.m. as the incident damaged several runway lights.

In the meantime, MCIAA, the state body co-managing Mactan airport, continue to remind passengers to coordinate with their respective airlines for the status of their flights.

Investigations are still ongoing to shed light as to why Korean Air flight KE631, an Airbus 330 jet, overshot the runway amid heavy rains last Sunday. /rcg