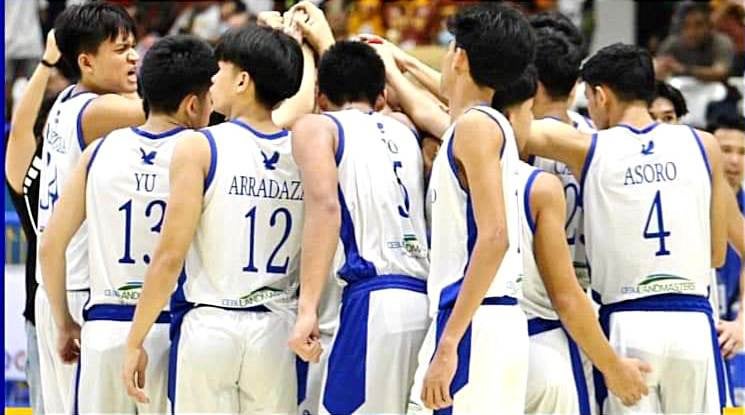 The SHS-Adc Magis Eagles huddle up in one of their Cesafi high school games. | Photo from the Magis Eagles Basketball Team Facebook page

The win for the Magis Eagles was a fitting comeback from their shocking defeat in the hands of the City of Bogo Science and Arts Academy Trailblazers, 79-82, last November 12.

Wilhelm Josh Go led the Magis Eagles with his 17-point outing, while Ronald Dacavos had 14, and Michael Asoro with 13 markers.

Mario Tulag led the Baby Jaguars’ losing effort with 15 points, while Joshua Himang had 12, and Leo Sabanal with 11 points.

On the other hand, the Baby Webmasters’ Mark Solonia and Allen Rey Gako had spectacular performances after scoring 22 and 21 points, respectively.

Lawrence Mangubat 15-point outing along with Vince Maranquil’s 12 points was not enough to get that win for the Baby Wildcats.

Nonetheless, the Baby Webmasters is ranked No. 3 in the team standings among the 10 competing schools in the league.

Cesafi officials on Jaguars’ 3-point buzzer-beater against Panthers: It is counted

UAAP: Ateneo whips UST to stay in hunt for twice-to-beat