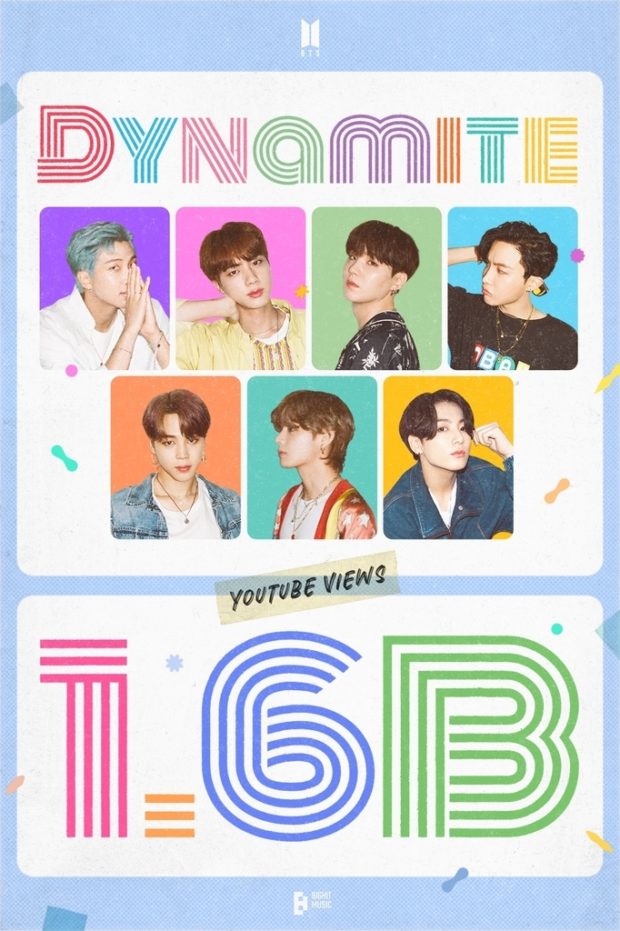 It became the band’s second video to reach the milestone, after that of “Boy With Luv (Feat. Halsey).”

“Dynamite,” which came out in August 2020 as the septet’s first English-language song, made K-pop history when it topped Billboard’s Hot 100 shortly after its release. The disco pop single stayed atop the chart for three weeks and maintained a spot on the chart for 32 weeks in total. It also earned the band a nomination from the Grammy Awards for best pop duo/group performance.

Separately, BTS won two awards from this year’s American Music Awards — favorite pop duo/group and the newly installed favorite K-Pop artist. The band won the former for the fourth consecutive year. Its first AMA nod it got was in 2018 as favorite social artist.