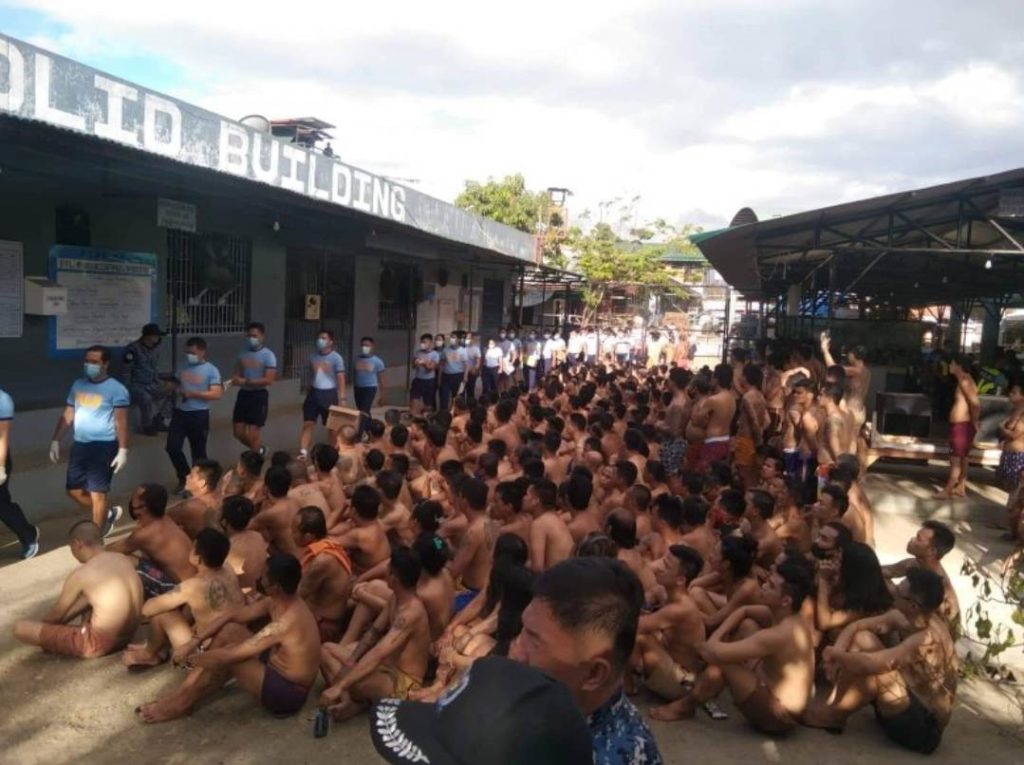 Inmates of the Lapu-Lapu City Jail male dormitory stay in an open space at the facility while waiting for the Greyhound operation to be done. | Josephus Quijano via Futch Anthony Inso

All confiscated items were properly documented and witnessed by barangay officials and media representatives and these were turned over to the Bureau of Jail Management and Penology (BJMP) for proper disposition.

The greyhound operation, which is a surprise inspection of jail cells, started at 5:10 a.m. and was done in 8:50 a.m.

The inmates were instructed to stay out of their prison cells and group themselves at the open space within the jail facility as the inspection of the jail cells was conducted.

The greyhound operation was conducted at the jail, following the directive of Brigadier General Roderick Augustus Alba, regional director of Police Regional Office in Central Visayas (PRO-7), to all police offices to sustain its campaign against loose firearms and other lawless elements of society to keep the streets safe from criminals, especially this holiday season.

Aside from that, the operation was also in response to the new BuCor Chief’s statement to implement reforms to stop the smuggling of contraband inside Bilibid prison.