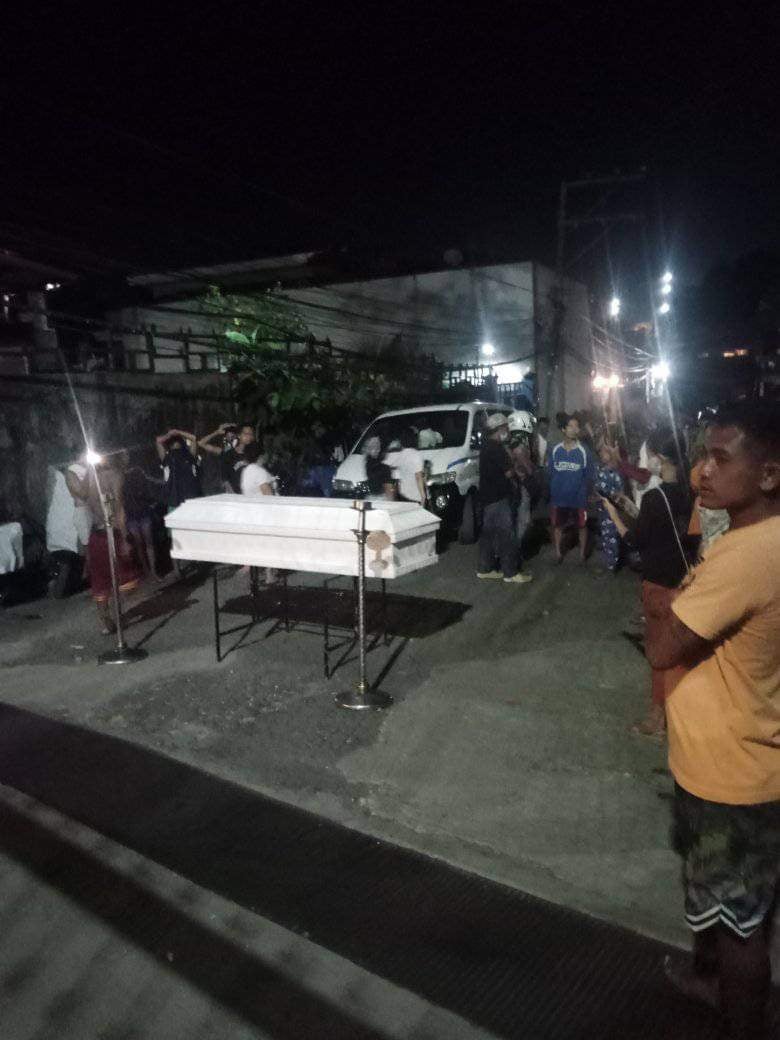 CEBU CITY, Philippines – A family from Brgy. Guadalupe, Cebu City had to hold the wake of their deceased relative outside for four hours following an alleged disagreement between security guards of a subdivision over curfew policy.

The living relatives of Joventina Sacamay, 70, were en route to the public chapel in Sitio Dakit in Brgy. Guadalupe on Monday evening, November 28.

They planned to pass through the main road of a gated subdivision since it directly leads them to the chapel where they will hold a wake for Sacamay’s remains.

However, they claimed that the subdivision guards barred them from entering since the curfew had already started at 6 p.m. Sacamay’s relatives arrived at the subdivision’s entrance around 7 p.m.

The subdivision’s road was the closest access to Sitio Dakit, an urban poor community that is located at the back of their premises.

Sacamay’s relatives told reporters, who visited the area, that they had no other choice but to temporarily set up her wake outside the subdivision’s gates.

The subdivision’s guards later allowed them to pass through at 11 p.m. and the family was able to proceed in holding the wake of their deceased loved one in the nearby chapel.

CDN Digital has opted not to disclose the name of the subdivision pending their statements. Reporters have tried to reach out to them for comment as of this posting but to no avail.