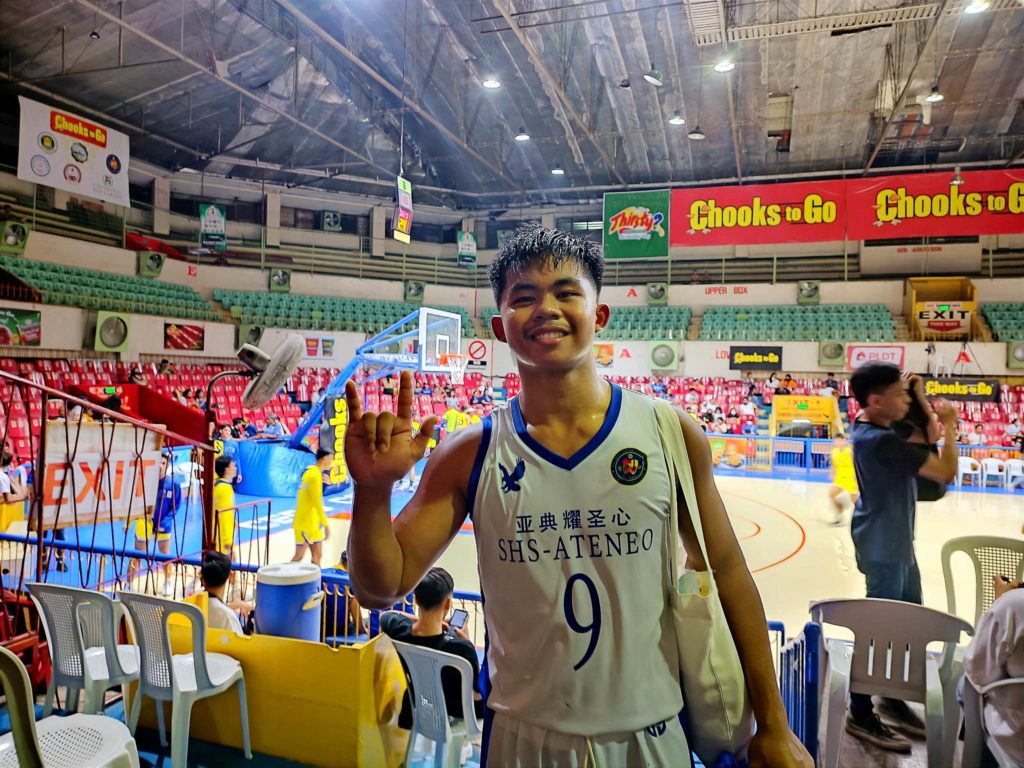 Jared Bahay after their game against the CIT-U Wild Kittens on Tuesday. | By Glendale Rosal

CEBU CITY, Philippines— The SHS-AdC Magis Eagles showed their readiness for the semifinal wars of the Cebu Schools Athletic Foundation Inc. (Cesafi) after winning their final elimination round game on Tuesday, November 29, 2022.

The Magis Eagles nipped the Cebu Institute of Technology-University (CIT-U) Wildkittens, 60-57, at the Cebu Coliseum for a second-best 8-1 win-loss record.

They will face No. 3 University of Cebu (UC) Baby Webmasters on December 8, 2022, armed with a twice-to-beat advantage for placing second in the team standings.

Meanwhile, the Wildkittens were eliminated from the tournament.

For Batang Gilas member Jared Bahay, they already learned their lessons from their lone defeat in the hands of newcomers, the City of Bogo Science and Arts Academy (CBSAA), 79-82, on November 12, 2022.

Since we’ve played all the teams, we already know what they’re capable of, we know they defend, and how they run their offense. So, we just got counter that and that’s how we prepare for the Final Four.”

Bahay had an off-night against the Wildkittens after only scoring five, but his teammates Michael Asoro and Jelomar Rota put up big numbers by scoring 13 points apiece.

Still, Bahay remained optimistic and confident that they will get their formidable form back in time for the Final Four.

“We’re very confident, siguro 100%, I know we lost against CBSAA, but we’re going to bounce back against them,” said Bahay.