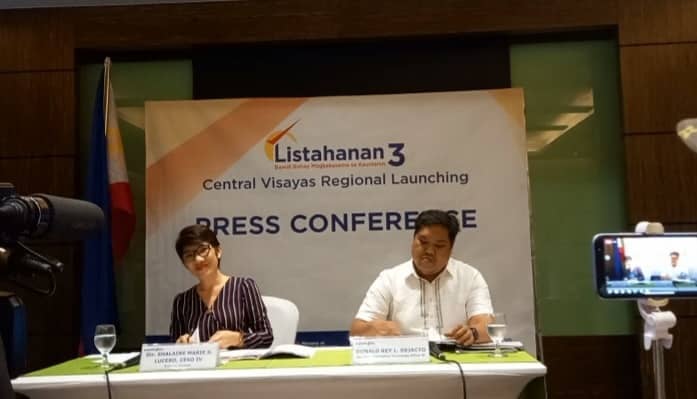 MANDAUE CITY, Philippines — Cebu Island remains to have the highest number of poor households in Region 7 or Central Visayas.

The Department of Social Welfare and Development in Central Visayas (DSWD-7)  on Thursday, Dec. 1, launched their Listahanan 3 poverty database in a hotel in Mandaue City.

Results of the survey showed that Cebu has the highest number of poor households in the region.

Based on the details of DSWD-7’s Listahan 3 poverty database, 220,112 households out of the 453,961 identified poor households in Region 7, came from Cebu.

In Cebu, Toledo City has the highest number of poor households with 12,148 followed by Cebu City with 11,805, and DaanBantayan with 8,508 households.

The Highly Urbanized Cities of Mandaue and Lapu-Lapu have 4,112 and 8,481 poor households respectively.

The third assessment was implemented last 2019 but was only launched today after it was on hold for years because of various challenges such as the COVID-19 pandemic.

Dojacto said that this was also because Cebu had the biggest population in Region 7.

“The household was assessed based on the composition, the household members’ highest educational attainment, occupation, features of the housing structure, and access to basic services and facilities like water, electricity, and sanitary toilet, households’ ownership of assets, tenure status of housing among others, said Lucero.

Lucero added that all collected information from the household went through a process using scientific method called Proxy Method Test (PMT), a statistical model that estimated the income of a household based on the variables included in the household assessment form.

Listahanan also known as the National Household Targeting System for Poverty Reduction aims to alleviate the poverty situation by providing assistance and programs for poorest families.

The system makes available to National Government Agencies (NGA’s) and other stakeholders as basis in identifying potential beneficiaries of their social protection programs and services.

PH poverty: You’re not poor if you spend more than P18.62 per meal