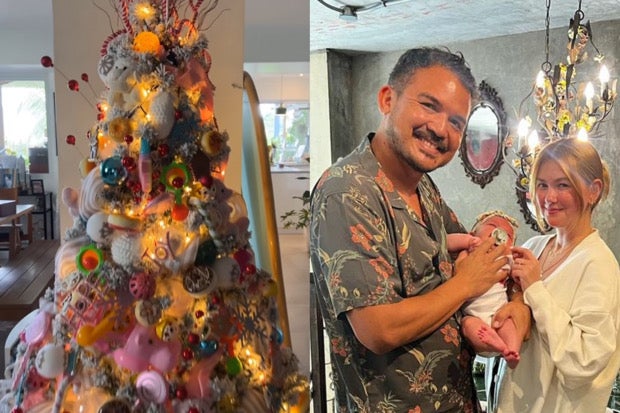 Angelica Panganiban welcomed the first week of December with a baby-themed Christmas tree, which was put up in celebration of her daughter Amila Sabine’s first Christmas holiday.

The actress gave a glimpse of the Christmas tree created by set designer Teddy Manuel, as seen on Panganiban’s Instagram page on Sunday, Dec. 4.

The Christmas tree was decorated with various ornaments including gingerbread cookies, baby toys, candies, bears and ribbons. Gifts were also displayed underneath it.

Panganiban gave birth to her first child with fiancé Gregg Homan last September 20. The actress revealed her daughter’s face to the public in October by showing the child giggling and making faces in a photo shoot.

Panganiban and Homan made their engagement public earlier this month. Homan popped the question when Panganiban was four months into her pregnancy.