Body of man who jumped off ship from Cebu found 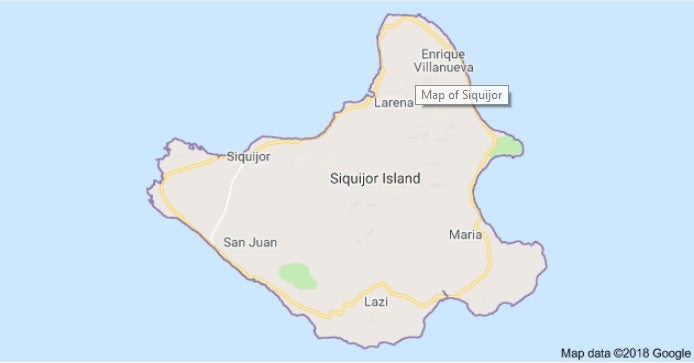 CEBU CITY, Philippines – Authorities confirmed that they found the body of the man who reportedly jumped off a ship that departed from Cebu last Saturday, December 24.

Responding disaster and rescue personnel from Maria town in Siquijor province said residents in Barangay Candaping-B discovered a corpse floating in their seawaters at 1:23 p.m. on Christmas Day, December 25.

They later identified the body as that of the 25-year-old passenger of a ship bound for Cagayan de Oro City who went missing on Saturday, December 24.

He was headed to Koronadal City in South Cotabato to spend the Holidays there with his family.

READ: Search continues for man who jumped off ship on Christmas eve

His family positively identified the body through a video call with the Philippine Coast Guard (PCG) in Siquijor and South Cotabato.

CDN Digital has opted not to disclose the victim’s identity to respect the family’s privacy and grieving.

The victim’s father said they were nervous, worried and frightened when personnel from the PCG in South Cotabato asked them to identify the body found off the waters of Siquijor on Christmas Day.

The victim worked in a cargo shipping company based in Cebu City since 2018, and had been living here with his live-in partner and their child.

According to his father, he had been preoccupied lately with “issues regarding his work,” and that he had no plans to go home this month.

Last Friday, December 23, however, he called his family and informed that he had boarded a ship already that would take him to Cagayan de Oro City.

The father added that during their phone call, his eldest son expressed concerns involving his work. As a result, the family contact him again around midnight on Saturday, December 24, to calm him down. But that would turn out to be the last.

The father said they were extremely worried when they can no longer contact him around 2 a.m. on Saturday, and after learning that a passenger from a ship bound for Cagayan de Oro City reportedly jumped into the seawaters near Siquijor and Bohol provinces.