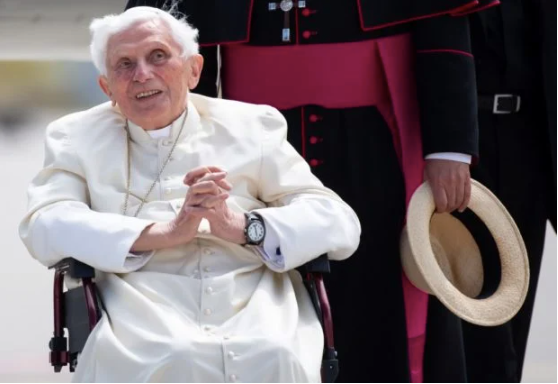 Former pope Benedict XVI poses for a picture at the airport in Munich, southern Germany, before his departure on June 22, 2020. AFP FILE PHOTO

VATICAN CITY — Former Pope Benedict died on Saturday in the Mater Ecclesiae Monastery in the Vatican, a spokesman for the Holy See said.

“With sorrow I inform you that the Pope Emeritus, Benedict XVI, passed away today at 9:34 in the Mater Ecclesiae Monastery in the Vatican. Further information will be provided as soon as possible,” the spokesman said in a written statement.