Inflation in Central Visayas jumps to 8.5-percent in December 2022 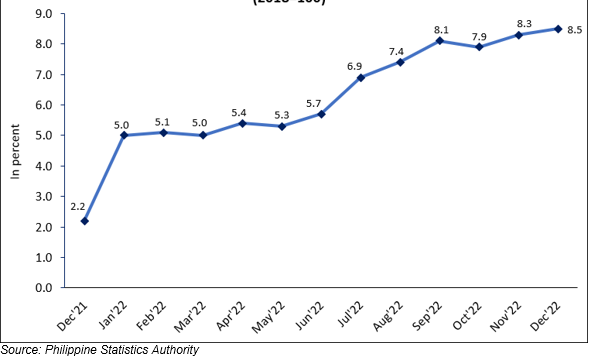 CEBU CITY, Philippines – Inflation, which measures the general increase of costs in basic goods and services, in Central Visayas jumped to an all-time high last December 2022.

It was the highest inflation rate reported for 2022, and the highest since November 2008, PSA-7 added.

“With this month’s inflation, the region’s average inflation from January to December 2022 stood at 6.6 percent,” they added.

State statisticians attributed the rise in inflation to higher year-on-year growth rates in the indices of Food and Non-alcoholic beverages.

Increase in the prices of housing, water, electricity, gas and other fuels, as well as restaurants and accommodation services also contributed to the increased inflation in Central Visayas last December. 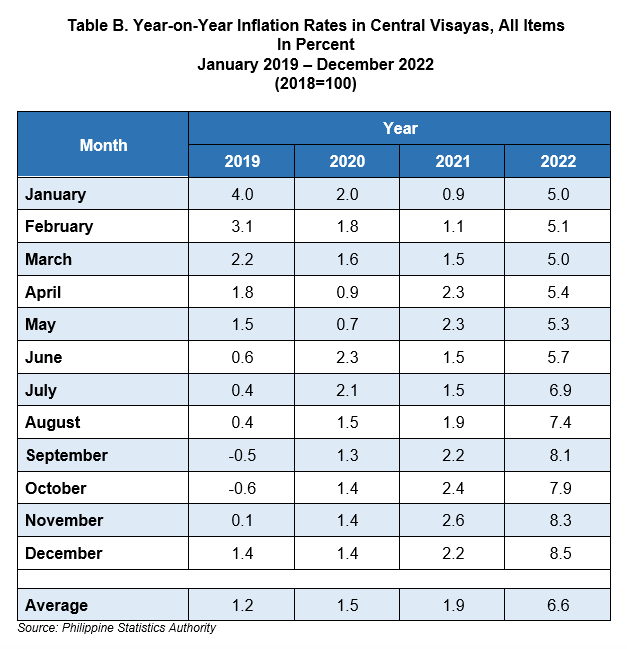 The provinces of Bohol and Cebu still had the highest inflation in Central Visayas, the same PSA-7 reported showed.

Among the highly urbanized cities in Central Visayas, Lapu-Lapu City had the highest inflation at 6 percent while Cebu City, considered the region’s center of economic and commercial activities,  registered at 5.1 percent.

Mandaue City sustained its inflation rate of 4.4 percent since November. 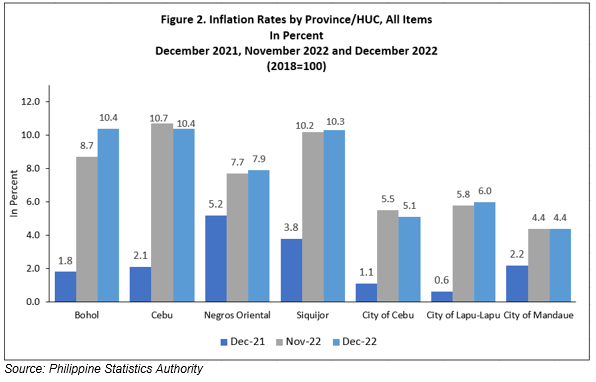 Inflation also measures the purchasing power in a certain area.