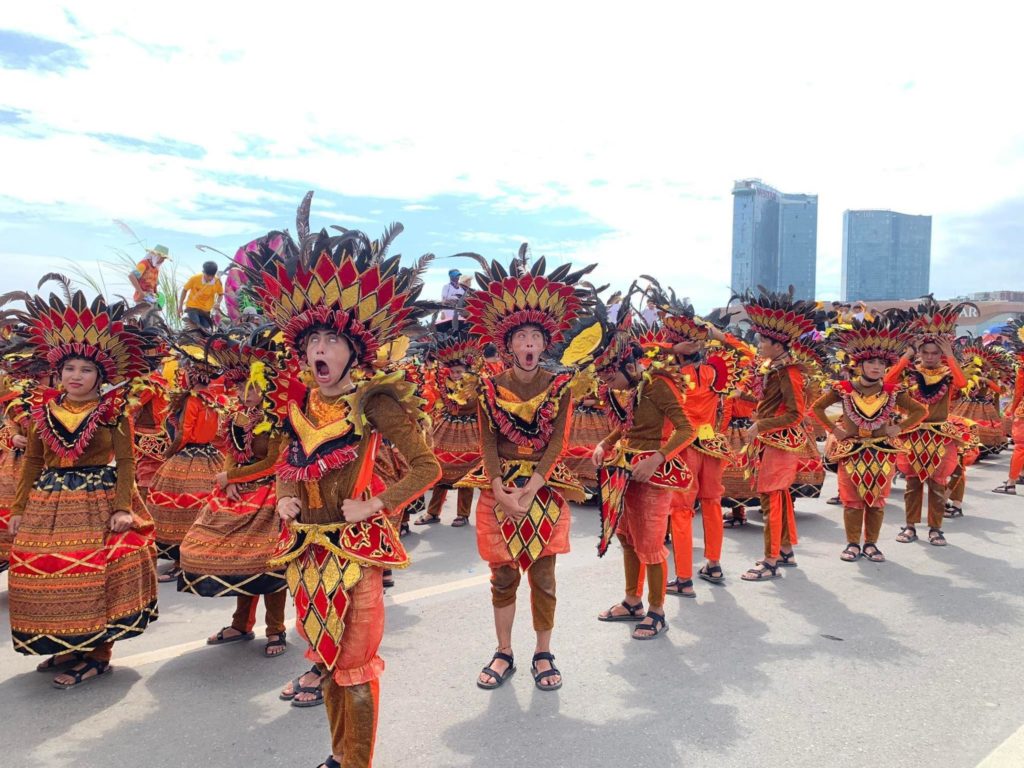 The contingent from Tribu Mabolokon of Brgy. Mabolo prepares for the Grand Parade of the Sinulog Festival 2023 at Cebu South Coastal Road (CSCR) on Sunday,January 15, 2023. |  Morexette Marie Erram

At least five troupes from Cebu City will be competing in the 50th Sinulog sa Carmen this Sunday, January 22, the town’s tourism officer, Tobias Villamor confirmed.

Based on their initial list, the five are  Tribu Lumad Basakanon, Banay Labangon, Tribu Mabolokon, Ciudad of Brgy. Tejero, and Brgy. Tisa.

The participation of five Cebu City-based contingents brings the total number of contestants for the Sinulog sa Carmen to 27.

Meanwhile, Villamor said preparations continue for what they consider will be the ‘grandest Sinulog in Carmen’.

He told reporters in a teleconference that the schools where the contingents will be staying have been finalized.

Villamor added that performers can start blocking and rehearsing on the grandstand this Friday, January 20.

On the other hand, organizers are still coming up with the exact figures for the cash prizes.

The Sinulog sa Carmen is held a week after Cebu City’s Sinulog Festival.

The Cebu City Government, for their part, has offered to provide help and assistance for the Sinulog sa Carmen.

Mayor Michael Rama has recently approved the request of the Cebu Provincial Government for portable restrooms, which will be deployed in Carmen town.

“The Local School Board is always preparing for that thing and we can provide a 150 of which nga atong mapakuha nila nga ang among kasabutan sila ang mukuha for the transportation,” Ian Hassamal, Cebu City Local School Board head, said.