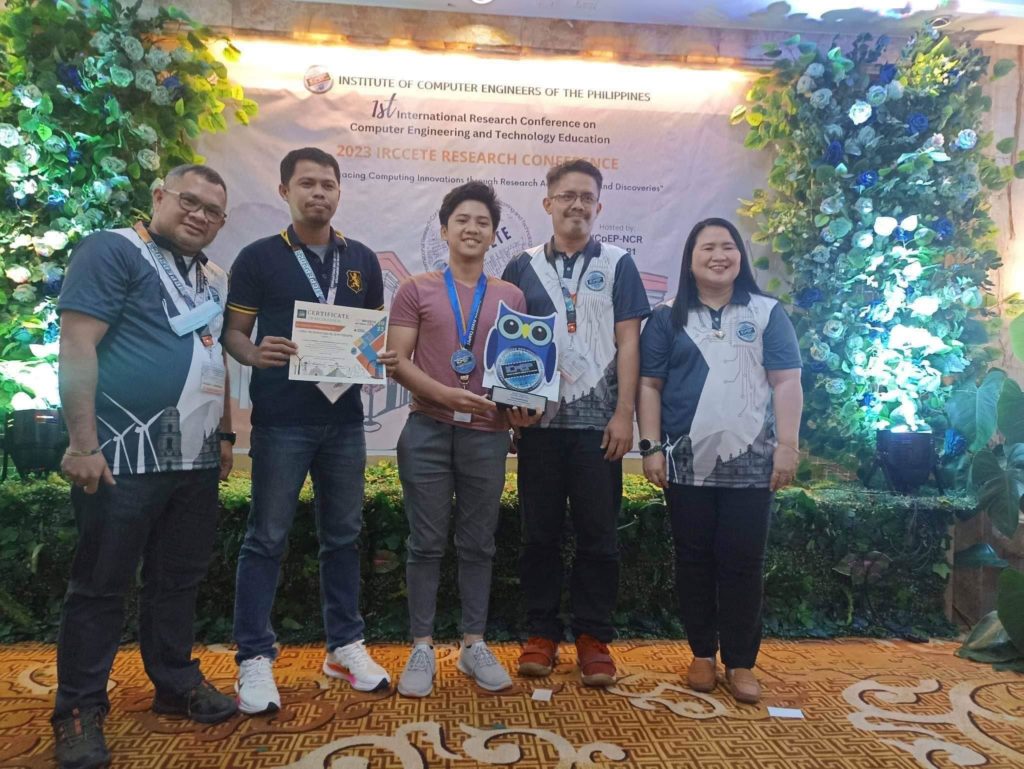 Marc Vincent Bentoy, a third year ‘technologian’ and Danaonon, routed nine other regions in the Java Programming category that was organized by the Institute of Computer Engineers in the Philippines (ICpEP) after winning and representing Central Visayas in the ICpEP regional level on Dec. 11, 2022.

The challenge that was organized by ICpEP was held during the first International Research Conference on Computer Engineering and Technology Education (IRCCETE) held at the at Fort Ilocandia, Laoag City, Ilocos.

How he ended in CpE

Bentoy is the sixth son of Eleonor and Marciano Bentoy and is currently a third-year student taking Bachelor in Science Major in Computer Engineering (CpE).

Although being contented in CpE, Bentoy said that his heart was originally set to taking Computer Science.

(I wanted to take Com Sci, miss, but I failed to take UPCAT…the course is available in other schools but it is not within our budget.)

Bentoy proceeded with taking Computer Engineering in CTU because it was one of the courses that was offered for the DOST-SEI scholarship.

Since he was a child, Bentoy dreams of creating something out of nothing that is useful for the people around him.

(My dream before when I was still small is to create something useful for the people.)

He carries the dream up to this day by adding the integration of technology around him, and thus, started his journey getting into programming in Senior High School.

(My senior high instructor in our programming subject, miss, (showed us) how really it is versatile in any platform (web, mobile, desktop), and in any field of study that you plan to use it because it is possible to really use Java.)

He didn’t want to join

In an interview with CDN, Bentoy said that he originally didn’t plan in participating for the ICpEP competition for this year and would rather teach the younger students that took a liking for the event, but things didn’t go as planned.

Bentoy claimed that his school even held an event to distinguish representatives for each category but still no one joined for Java Programming.

(I just wanted to be the guide to those new ones who joined…there was no one who joined in Java and in Pythong and I saw that as a wasted opportunity since there is a slot for it.)

Challenges in going to the nationals

Upon winning the regional title for Java, Bentoy had faced monetary challenges during his preparations for the event that left him being weak-minded and even deciding not to continue.

(The organizers have started asking us from Region 7 if we will push through because I am ready to go.)

Faced with challenges, Bentoy reassured himself that he got what he wanted from the regional championship and that was to test his limits in programming.

(My goal is I wanted to scale my skills in programming and where I can place my skills here in Cebu or in Region 7.)

Bentoy sends his thanks to the people who helped in resolving these challenges which led him to attend the national competition, and thus, winning the title.

(I am so grateful; that instead of giving up, we choose to look for a way to grab the great opportunity. If at that time I lost hope, then we could not have grabbed this achievement.) | Jessa Ngojo

AI and the challenge to education

Read Next
ABS-CBN, GMA collaboration teases stars from both camps as cast