P7.5M worth of ‘shabu’ seized from Cebu and Bohol drug busts 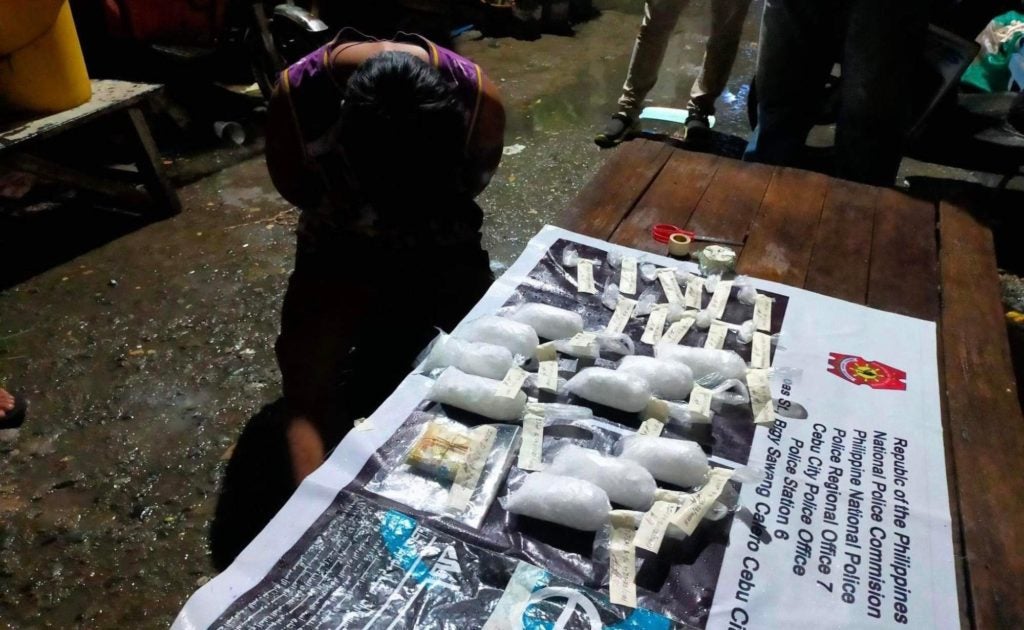 A 21-year-old man was arrested with P7.1 million worth of illegal drugs during a buy-bust operation on Monday evening, Jan 23 in Barangay Pasil in Cebu City. | contributed photo

CEBU CITY, Philippines — An e-bike driver and a lotto outlet teller were nabbed and a total of P7.5 million worth of suspected shabu were confiscated in two separate buy-bust operations in Panglao town in Bohol province and Cebu City on Monday, January 23, 2023.

Authorities from the Cebu City Police Office and the Philippine Drug Enforcement Agency in Central Visayas conducted these buy-bust operations.

The biggest drug haul among these two operations happened on Monday night, Jan. 23, in Barangay Pasil in Cebu City, which resulted to the arrest of Vincen Rodriguez, 21, a resident of Barangay Suba.

Police Lieutenant Colonel Conrado Manatad, deputy city director for administration of the Cebu City Police Office (CCPO), said that the operation against Rodriguez was a follow up after his name surfaced during the arrest of a certain Teofilo Rivera last November 2022.

Rivera claimed to police at that time that Rodriguez was his accomplice in illegal drug selling after another accomplice, a certain Okong, was also arrested last September 2022.

Rodriguez allegedly took charge of Okong’s operations when he was arrested last September. These three allegedly communicate with a certain David, an inmate at the Cebu City Jail in Barangay Kalunasan, for their items.

Manatad added that Rodriguez was also jailed late last year for possession of illegal drugs and unlicensed firearm but he was able to post bail for his release. He allegedly disposes his items in Barangay Pasil.

Two hours before the Cebu City operation, a buy-bust operation was conducted in Purok 7, Barangay Lourdes in Panglao town in Bohol. This resulted to the arrest of a certain Noli Clet, 32.

Leia Alcantara, PDEA-7 spokesperson, said that Clet was arrested with 13 packs of suspected shabu weighing around 65 grams. The estimated worth of these items reached to P442, 000.

Alcantara added that the arrest of Clet stemmed from the information they got from a confidential informant. It took two weeks of case buildup before operatives conducted the operation. Allegedly, Clet could dispose of around 200 grams of ‘shabu’ per week.