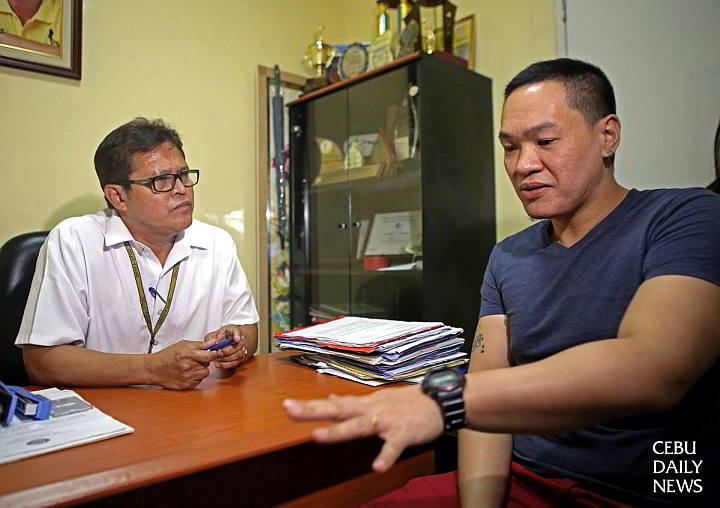 Dave Say Horca, a call center agent went to the office of LTFB-7 to file his complaint against a cab driver of SD taxi. (CDN PHOTO/ LITO TECSON)

Just how angry can a taxi driver be when reminded by passengers about the P10 flagdown rate rollback?

Call center agent Dave Say Horca and his wife not only saw it firsthand but he posted it on his Facebook account.

Horca said the driver they identified as Joel Ramos threw two P5 coins when they asked for a P10 refund after they arrived at the IT Park in barangay Lahug, Cebu City.

Horca said the driver even pointed a knife at them.  Horca and his wife immediately went out of the cab fearing for their lives but the cab driver followed them.

“We were told: unsa man manukol mo (what, you’re going to complain?),” Horca quoted Ramos as saying.  Horca went to the regional Land Transportation Franchising and Regulatory Board (LTFRB-7) office to file their complaint against Ramos, who drove a taxi with body number 0112. 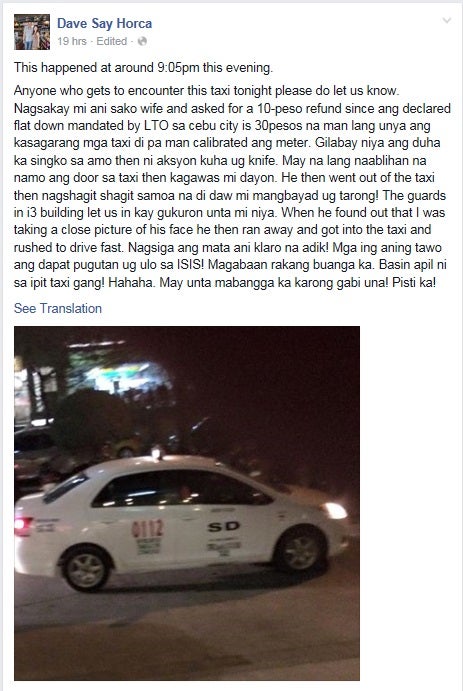 The driver, Joel Ramos and the operator Sinforiano Doncillo will be summoned on Thursday for a hearing. Horca’s FB post has been shared more than 900 times.

Taxi meters were not recalibrated in the latest provisional P10 flagdown decrease of P30 for taxis, down from P40. Violators are fined P1,000 and P5,000 for drivers and operators respectively on the first offense.