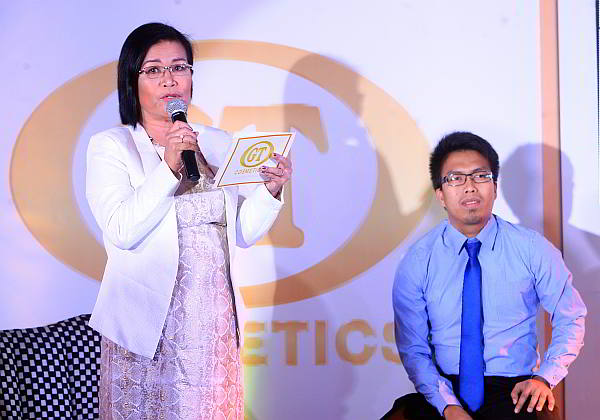 Leonora Salvane, founder and COO GT Cosmetics announces the new line of products before the media during their 21st anniversary celebrations. She is with her son, Junior. (CDN PHOTO/TONEE DESPOJO)

A homegrown cosmetics maker is building a new facility and expanding its skin care product line as sales remain strong.

It is expected to start operations in the first quarter of next year and increase production capacity threefold, said founder and chief operating officer Leonora B. Salvane.

The company currently makes a total of 705,160 products across all product lines per month. Its first facility is in Yati, Liloan, where the Salvane family is based, while its second is in Marilao, Bulacan to cater to the Luzon market.

Salvane said sales have been increasing by around 30 percent yearly.

The company introduced a new product last Friday with the launching of the GT Papaya Lotion and the new look of its cream line to mark its 21st year of operations.

GT Papaya Lotion is a whitening and moisturizing lotion intended for young and active on-the-go clients. It comes in a handy and compact tube.
Salvane said they reinvented the packaging for the creams as part of preparations for the stiff competition from other Association of Southeast Asian Nations (Asean) products under an integrated market. 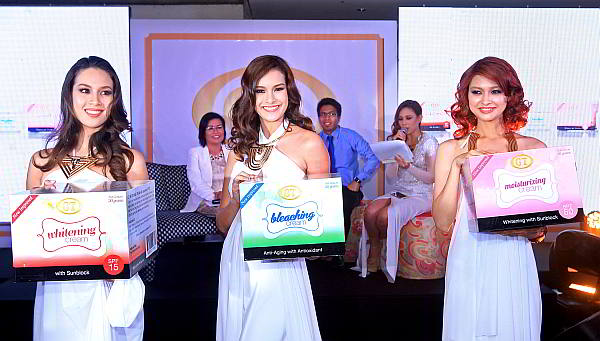 “All these are GT Cosmetics Manufacturing’s way of appreciating and thanking our loyal customers for their continued patronage and support for our products as we move towards the Asean Integration by the end of this year,” Salvane said during the launching last Friday.

GT Cosmetics’ bestsellers are the GT Carrot soap and GT bleaching cream. All products are distributed nationwide through Watsons, SM malls, Robinsons malls, Gaisano malls, Metro, Mercury Drug stores and Prince Hypermart outlets. The products are also available in the US and Canada.

Salvane was awarded last June 30 as Countryside Entrepreneur of the Year by the Cebu Chamber of Commerce and Industry. Other awards she received this year were the Outstanding Professions Award by the Professional Regulatory Commission on June 18 and Outstanding Chemical Engineer 2015 by the Board of Directors of the Philippine Institute of Chemical Engineers on Feb. 18.

The company currently has 350 workers in both the Liloan and Bulacan facilities./ Bianca Genosa, PIT Intern