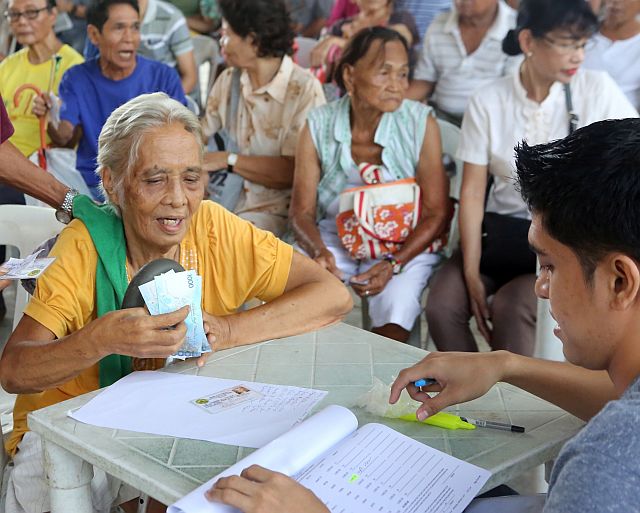 Some senior citizens who claim to be residents of Cebu City actually live outside the city or even in other provinces, the Office of the Senior Citizen’s Affairs says. (CDN PHOTO/JUNJIE MENDOZA)

Cebu City Hall’s Office of the Senior Citizens’ Affairs (OSCA) wants to amend the proposed guidelines for the distribution of financial assistance to the city’s elderly residents.

In last week’s public hearing at the City Council, OSCA chief Domingo Chavez said the notification period should be shorter in order to weed out from the list of beneficiaries those who actually live outside the city.

“Due notice will be given to the barangays two or three days prior to the scheduled release of the financial assistance instead of one week prior. In doing so, out-of-town recipients will have no clue or hint as to the date of distribution,” Chavez told the council.

OSCA has been trying to stem the influx of senior citizens who register as Cebu City residents although they live outside the city and even in other provinces.

There are more than 67,000 senior citizens in the city’s list.

Chavez opposed the proposal to fix the schedule of the distribution of the annual P12,000 cash assistance every quarter, specifically in the last week of March, June, September and December.

Chavez said this will give beneficiaries living outside Cebu City time to get to the city and claim their assistance.

He suggested that the guidelines should only state that the distribution be done every quarter and should not specify which month or week.

He also wants the grace period for the continued distribution after the schedule to be shortened.

The council earlier considered a proposal to distribute the cash aid to seniors every quarter.

The proposed guidelines are provided in a proposed ordinance by Councilors Eugenio Gabuya Jr., Alvin Dizon and Lea Japson.

The proposed guidelines also state that failure to claim the financial assistance three times in a row will result in the senior citizen’s name being stricken off OSCA’s list.

Chavez suggested that it be brought down to two consecutive times.

He also wants the grace period granted to those who fail to claim their assistance within the schedule to be reduced to five days instead of the proposed 10 days.

Chavez noted the increase in senior citizens registering in the city over the years.

Currently, he said there are now 67,300 registered, most of whom, he believes, are really from outside Cebu City.

He suggested that authorization letters allowing the bearer to claim the financial assistance in behalf of those unable to do so due to physical handicap or are bedridden should not be accepted.

Councilor Sisinio Andales said the OSCA should not be so stringent with the requirements since the purpose of the ordinance is to give assistance to the elderly.

Meanwhile, Flor Bering, a representative of the city’s Department of Social Welfare and Services (DSWS) said she supports the suggestions of OSCA.

She said the ordinance should allow authorized representatives of heads of concerned agencies who are members of a grievance committee to be formed together with the ordinance.

Councilor Japson said the comments and observations during the public hearing will be taken into consideration in the amendments of the ordinance before it will again be presented to the City Council for final deliberation.