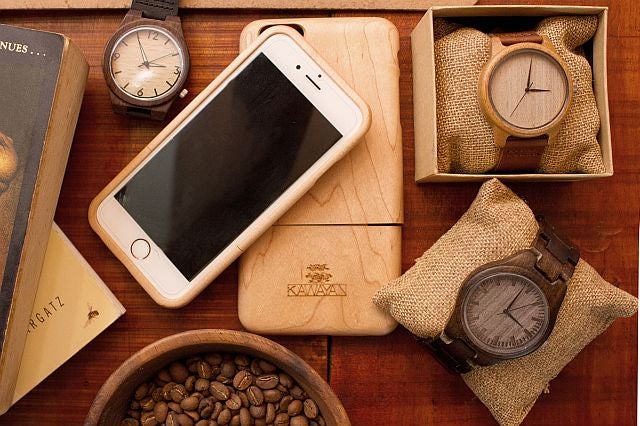 IN CHINA there  are bamboo  bridges  strong enough to support a fully-loaded transport  truck. The material is also widely used In Hong Kong as
scaffoldings because of its  practicality, compared to metal. The rooms and facilities of Green School in Bali, Indonesia are made out of it.

The versatility of bamboo has long branched out to other items sold in the market… utensils, clothes and accessories, and now making its way up is Kawayan Watch.

Kawayan, true to its name, makes unique watches out of bamboo. Weighing only 25 grams, these distinctively made watches are water splash resistant. The strap is genuine leather. Kawayan Watch is manufactured and sold in Mandaue City, Cebu.

The homegrown timepiece is showcased in the  Kawayan Classic Collection—the Miyagi, Red Maple, Kygo, Ebony and Pine. The classic collection is at its most basic designs. It’s simple and minimalist in style, which brings out more of the natural wood effect.

The Deluxe Collection has the Pearl Deluxe, Pearl Analog, Dark Oak Deluxe, Dark Oak Analog and Walnut Deluxe. Compared to the classic collection, the pieces have elaborate designs showing a bit of creativity in the craft. 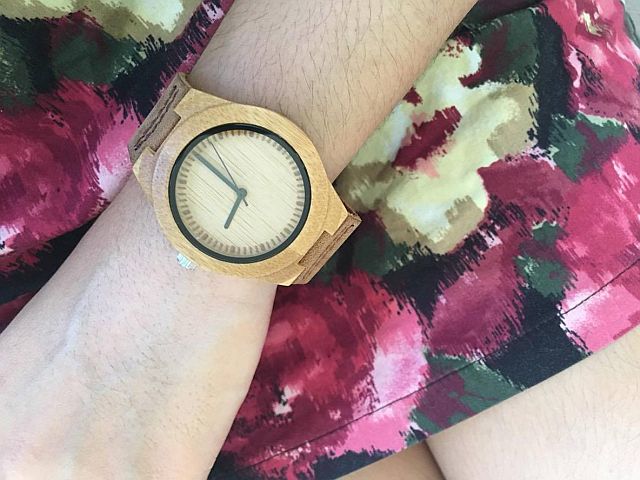 The Hard Wood Collection has the Rusty, and Hickory timepieces.

Lastly, the Kawayan Summer Collection has the Spruce and Reef which suits  your summer wardrobe. Kawayan also features their couple watches.

Kawayan Watch was conceptualized by the couple Rex Layos and Angelee dela Cerna, who were then studying in the University of San Carlos. Rex was in his third year in BS Civil Engineering while Angelee was in her third year in Business Administration when they started the business in May last year with only 10 pieces worth of raw materials.

They got watchmakers to assemble the watches and marketed them  through social media. Shortly  thereafter, they began to  receive inquiries from potential buyers.

Now, customers are ordering online to own  one of their Kawayan Watches.

Bamboo has the durability of hardwood and sustainability of  grass. 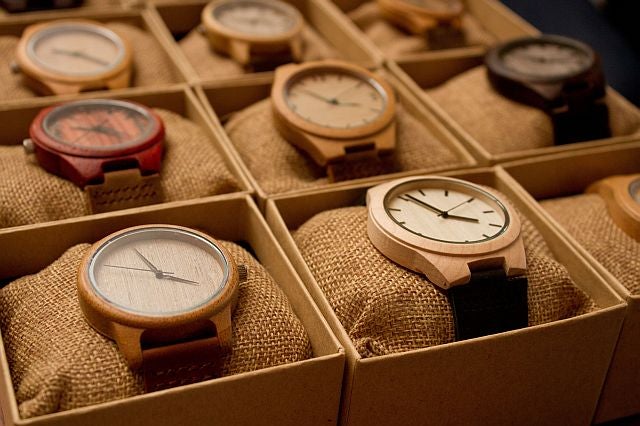 It’s eco-friendly and sustainable, hence,  also cost-effective. This woody grass can grow up to 20 meters in just four months and reach maturity in about six months as opposed to timber which calls for the felling of trees in an already waning forest. According to Rex, one long mature stem can make 50 to 100 watches.

The many uses of bamboo can be traced back in history long before “going green” became a trend. It was used as medicine for ailments and as  clothing. A bamboo fabric is absorbent and its texture can be likened to that of cashmere. The industry today has continued use for bamboo in making furniture, musical instruments such as flutes and drums, as well as utensils, and accessories. But why stop there?

Presently,  Kawayan Watch is reaching to bigger markets from young professionals to retail outlets and souvenir shops presenting them with business proposals.

On its Instagram (kawayanph) and Facebook page, Kawayan pushes the advocacy “one with nature” as its hashtag. After all, if time is gold, then so is nature.