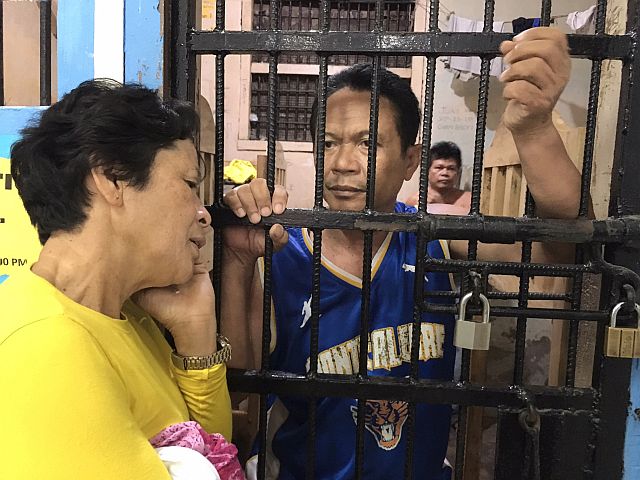 Amid conflicting accounts on the whereabouts of the suspect of an ambush-slay of a Liberal Party (LP) campaigner in the northwestern town of Tuburan, the Philippine National Police (PNP) and the Armed Forces of the Philippines (AFP) have flooded the former New People’s Army hotbed with more security forces to ensure the conduct of peaceful polls on Monday.

Police Insp. Leo Logroño, the town’s acting police chief, said that the augmentation forces were sent to beef up security in the town on top of the two teams of elite policemen earlier sent to Tuburan this week.

“We will deploy them to strategic areas to conduct 24-hour checkpoints to deter would-be offenders, especially possible guns-for-hire,” Logroño said.

The security forces will be positioned mostly on intersections connecting the town’s 54 barangays which police noted may be where armed elements pass.

The lack of paved roads leading to the town’s hinterland villages has prevented police mobile patrols from checking these areas, Logroño said, as reports of armed men roaming free in the mountains of Tuburan continue to reach authorities but have yet to be confirmed.

Tuburan, a former hotbed of the communist insurgency in the ’80s, is one of eight local government units in Cebu that the Commission on Elections (Comelec) has declared as election watchlist areas (Ewas) or hotspots.

Cangmaong, a former New People’s Army (NPA) rebel who, police said, worked as Mayor Diamante’s personal bodyguard at the time of his killing, was with five other Diamante supporters when they were waylaid at around 12:30 p.m. in Sitio Sambag, Barangay Mag-antoy, some 25 kilometers from the town proper of Tuburan.

Cangmaong died from several bullet wounds and was left slumped on the ground while two of his injured companions could no longer be located by police.

Luduvico Oroquero, a former village chief identified with Diamante’s political rival Tuburan mayoral candidate Daphne Lagon (One Cebu), was arrested after one of the survivors in the ambush pointed to him as one of their about a dozen armed attackers.

As police stormed Roquero’s home at dawn on Thursday, operatives found a carbine rifle, a shotgun, a .45 caliber pistol and several rounds of assorted ammunition.

Interviewed by Cebu Daily News at the Regional Special Operations Group (RSOG) office in Cebu City where he was held, Roquero denied killing Cangmaong and said that there were witnesses who could attest that he was attending a poll watcher’s meeting in another village during that time.

He was also willing to undergo a paraffin test to prove that he did not fire any firearm on Wednesday.

Interviewed after the ambush-slay, Lagon acknowledged Roquero as one of her political leaders but insisted that the man was innocent. Lagon said that Roquero was in her headquarters in Barangay Poblacion V when the ambush occurred.

Yesterday, in a press conference called by One Cebu at Lagon’s campaign headquarters in Tuburan, a new set of witnesses emerged, Roquero’s relatives.

But rather than clear the air on Roquero’s exact whereabouts at the time of the ambush, the new statements left several people confused, including police.

According to Oroquero’s brother-in-law, Galileo Montecillo, it was impossible for Roquero to have been in two places at one time since Roquero was with him, his wife and their four children eating pieces of lechon brought home by Montecillo from a fiesta.

Barangays Montealegre and Mag-antoy, the site where Cangmaong was killed, are 31 kilometers apart, said Montecillo.

Montecillo claimed that the suspect was with them from 11a.m. to 4 p,m. that day.

Meanwhile, in a separate interview with CDN Lagon said Roquero was with her husband Sonny at their campaign headquarters in barangay Poblacion 5 when the ambush happened .

Lagon said footage from a CCTV camera placed in their headquarters would prove that Roquero was in the company of Sonny between 12 noon to 1:30 p.m.

She promised to release a copy of the CCTV footage to Cebu Daily News last night.

Asked about the conflicting testimony of Montecillo, Lagon said, “Basin na kulbaan ra to (Maybe he was just scared)”.

Now back in Tuburan, behind bars at the town’s police station while awaiting the filing of formal charges, Roquero told CDN of how a member of the RSOG allegedly stepped on his head while he was pinned down on the floor during his arrest.

Asked whether he will file charges against the RSOG member, Roquero said that he will leave it up to Lagon’s camp.

Meanwhile, Mayor Diamante said he hopes the police will be able to keep the coming polls safe “or else someone else might die.”

A white motorcycle left abandoned in front of the Cebu Technological University Tuburan campus with a black backpack hanging on its handle bars since Thursday alarmed residents of Poblacion 8 as jitters caused by rising political tension continued to plague the town.

Responding policemen were ordered to cordon the area until members of the Explosives Ordnance Disposal (EOD) team arrived on Friday afternoon.

Read Next
VCM final testing and sealing a success — Comelec