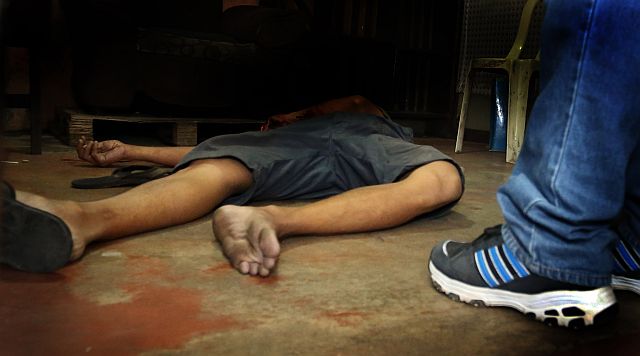 The series of killings of drug suspects in Cebu City either in shootouts with policemen or by masked assailants suspected to be vigilantes has instilled fear on some drug personalities, some of whom have even opted to flee their homes to ensure their safety.

A north district barangay official, who asked not to be named for security reasons, said that at least two drug peddlers who are in their barangay’s drug watch list have left their barangay in the last three weeks.

One was said to be have left Cebu City to live with a brother in Mindanao while another is now hiding in southern Cebu province.

“Dili man sad sila pwede magpa-Tokhang kay naa man silay (They could not allow themselves to be listed under Tokhang because they have) pending (arrest) warrants,” the source said.

Tokhang, which means toktok and hangyo or to knock and beg, referred to the nationwide anti-drug operation launched by the Philippine National Police (PNP) whereby suspected drug pushers and users were visited in their homes and asked to join a community-based mass “surrender” where they were listed and made to sign an oath that they would no longer sell or use illegal drugs.

Intensified police operation led to the killing of a drug suspect in their area last week. The suspect, whom police said was the top drug personality in their area, was killed in a police shootout, the village official said.

According to the source, there was also an instance last week when most residents in their barangay went to bed early after they saw SPO1 Adonis Dumpit visit some friends in their area. Cebu City Mayor Tomas Osmeña was then in Japan vacationing with members of his family.

Dumpit, who used to head the city’s anti-crime Hunter Team and was jailed over the slaying of a teenage crime suspect but was freed last June on bail, has since returned to the police force and now works as a close-in aide of Mayor Osmeña.

The source said that the supply of drugs in their barangay has dropped since the disappearance of the two peddlers.

“Naa gihapoy nagbaligya pero ginagmay na lang. Pangbuhay-buhay na lang kuno,” the Cebu Daily News source said. (Drugs are still being sold but in small quantities. Reportedly, only for the drug users to get by.)

The CDN source said that they would still see strangers and some taxi units park in a drug-infested portion of their barangay, an indication that drug peddling was still ongoing in these areas.

“But the situation is far better now as compared to before,” the source said.

The Cebu City Police Office (CCPO), on the other hand, was quick to dismiss that a death squad is now operating in Cebu City following the killing of a carpenter, a suspected drug pusher, in Barangay Talamban on Saturday.

The lone gunman shot Rogil Nudalo, 38, and left a handwritten note on a piece of cardboard that read: “Pusher, Carnapper, Akyat Bahay. . . CCDS.”

The killing, Doria added, might be a case of either someone who has a grudge on the slain Nudalo or the killing done by other drug pushers but they made it appear that a vigilante group did it.

“Baka sumasakay lang sa (They might have just taken advantage of the) issue,” he said.

He noted that this might be an isolated case since this was the first time it happened.

Osmeña, in a text message sent to CDN, said he “can’t worry about these things,” adding that he was now focused on other concerns.

“I’m giving the police a free hand because they changed all the key commanders I recommended,” he said.

When asked to comment if these killings would have an effect on the tourism and business atmosphere in the city, Osmeña said he would not know.

“It’s Imperial Manila that has control. We can only hope for the best,” he said.

The killings in Cebu City now were likened to the situation in 2004 to 2006 when Osmeña was also the mayor of the city and the “Hunter Team,” an elite police unit led by Dumpit, aggressively pursued crime suspects in response to the series of robbery-killings that hit the city.

Osmeña had denied having a hand in the killings.

When asked if he suspected that the killings now might have been done by the Hunter Team he organized before, Osmeña gave an emphatic “no.”

“But in my first 30 days when I was active against drugs, there seemed to be a general distrust with the police in Cebu City as evidenced by local calls to the police mobile patrol. They received less than ten calls a day. When I gave my cellphone number out on Facebook so people can report drug-related activity, I received over a thousand text messages in four days. So the people are angry especially families whose members are drug victims. So the ground is extremely fertile for urban unrest,” he said.

When sought for clarification if he meant that the people are taking the law into their hands, Osmeña said: “That’s what happened the last time.”
“There was no death squad but several (take the law in their own hands), like the resistance movement during the last world war, like Charles Bronson in the movie ‘Death Wish,’ like those IS fanatics recruited by social media, like people all over the Philippines (who) voted for a guy who said that all the drug lords must die,” he said.

The fear of getting killed by vigilantes has also reached the prisoners of the Cebu Provincial Detention and Rehabilitation Center (CPDRC), mainly those who were jailed on drug-related cases.

Marco Toral, jail consultant of CPDRC, said that some inmates, especially those who are getting out of jail, expressed worry over their safety.
“Mahadlok ang mga manglaya pero nisaad man sila nga magbag-o na (Those who are about to be released are scared but they promised to change their ways),” Toral said.