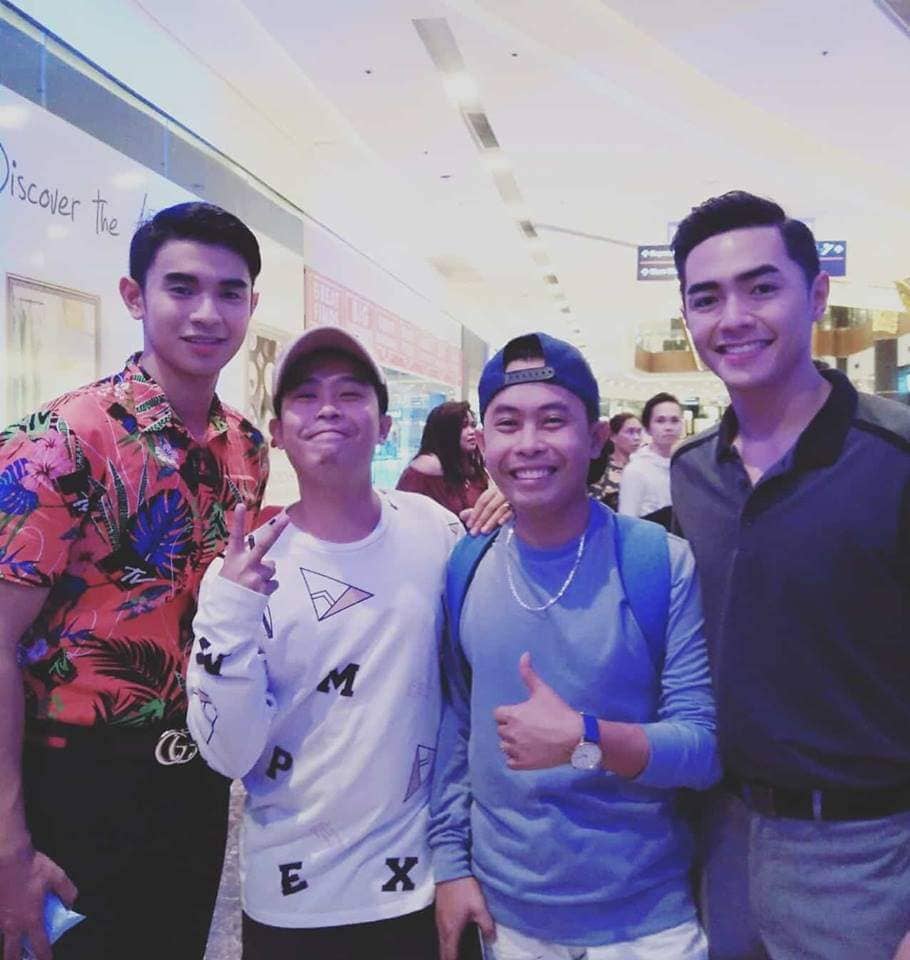 CEBU CITY, Philippines – The Sinulog festival is not just a showcase of the grandest presentations; it is also a testament of the God-given talents of choreographers and dance masters, who are responsible for every successful Sinulog production.

In the roster of high-caliber professionals, who mentor performers of various contingents, are passionate, individuals, who are devotees of the Señor Sto. Niño.

Some of them happens to be siblings.

Carling said they started honing their skills during their grade school years at Villahermosa Elementary School, located on the mountainous side of Tabuelan town in northern Cebu.

“Our parents, Felicisimo and Drafosa, were very supportive. Kun asa ang presentation, naa among Mama (My mother was present wherever our presentation was held),” he said.

It was Carling, who first entered the world of choreography in 2001 when he was still connected with the Divino Amore Academy in Mohon, Talisay.

In the next 10 years, his career as a choreographer flourished alongside practicing his profession as a teacher.

In 2011, he was the choreographer of Talamban Elementary School, which was declared champion in the Sinulog sa Kabataan.

In 2012, he served as the choreographer of Tribu Lingganay from Alang-Alang, Leyte, which earned the group its first place spot in the Free Interpretation Category that year. It also won the special awards of Best in Musicality and Best in Costume.

Maxi started his career in choreography in 2007 when Carling “forced” him to handle the Ani-Anihan Festival contingent of their hometown, Tabuelan.

There was no turning back after that as Maxi reaped one award after another. He counted about 100 trophies under his name as an award-winning choreographer of contingents from Luzon, Visayas and Mindanao.

Sharing the vision to mentor young talents to hone their skills, the Custodio brothers hope to open a dance studio, which can serve as a center for arts and culture development.

Like the Custodio brothers, Ray and Roy, fondly called by friends as the “amazing twins,” were exposed to the world of dance at an early age.

Their parents — Mario Ronnie and Maria Elena — met in the early 90s as they were both performers for a contingent called Tribu Maharlika in the Sinulog festival.

With a common love for dancing and a shared devotion to Señor Sto. Niño, the two got married and formed their own family.

Ma. Elena got pregnant on the second quarter of 1993 and to their surprise, she was carrying twins.

Since then, identical twins Ray and Roy have been exposed to the world of festival dancing the moment they came out of their mother’s womb.

The boys were born on December 2, 1993 and around that time, Sinulog Festival contingents have started rehearsals for the parade.

Raised in a family of dancers, it was inevitable for the Ray and Roy to grow up with the Sinulog drumbeat as their first music.

The twin brothers were dancers under the multi-awarded Lumad Basakanon from 2008 to 2014. It was from their years of experience in Lumad Basakanon that they developed the discipline and creativity needed to be choreographers and dance masters.

Ray was a member of the University of Cebu Dance Company, where he studied a degree in Education.

He was not able to continue his studies due to financial constraints but that led his career to another path: that of being a choreographer.

Ray was the choreographer of Tribu Mahugyawong Pasil of Barangay Pasil in 2018 that won third place in the street dancing competition then despite the fire that hit the homes of its performers.

The twins are now 25 years old and are making a name for themselves.

Despite financial challenges and manpower issues, choreographers like the Custodio brothers and the Ponla twins remain dedicated in carrying out their tasks.

For Maxi, the Sinulog festival plays a relevant role in his life’s journey because he found his purpose as a choreographer.

“I was given this special talent, these exceptional skills so I have to share it and make good use of it,” he said.

For the Ponla twins, dancing is a way of giving back and saying “thank you” for the blessings they continue to receive.

On January 20, Sunday, the Custodio brothers and Ponla twins will be taking key roles in steering their respective contingents to heartfelt and well-executed performances at the Grand Parade.

It will be a day filled with dances and prayers of gratitude and devotion.