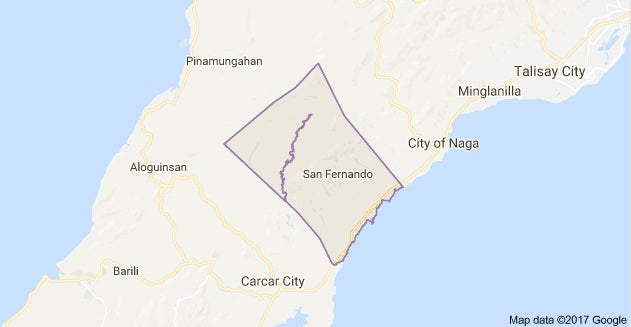 CEBU CITY, Philippines – Amid the series of attacks this month involving officials of the southern Cebu town of San Fernando, the latest of which was against the mayor, the Commission on Elections (Comelec) in the province planned to recommend that the town’s election hotspot status be raised from yellow to orange in relation to the elections in May.

Under the categories set by the Philippine National Police on areas classified as Election Watchlist Areas (EWAs),  San Fernando is under level 1, or the yellow  category of the EWAs, the first level of classification which is characterized by intense political rivalry.

The level 2 classification, or the orange category, is associated with intense political rivalry and the presence of armed men or armed threat.

The third level, or red category, included all the markers of categories one and two, plus the proliferation of firearms in the area.

In December last year, the Police Regional Office in Central Visayas (PRO-7) released a list of 29 EWAs in the region, seven of which were in Cebu. Only the town of Tuburan was in orange category, while the rest, including San Fernando,  were all classified as “yellow.”

Acting Cebu Provincial Election Supervisor Jerome Brillantes, in an interview with Cebu Daily News Digital, said that the plan to recommend to raise the EWAs category of San Fernando, a town 41.2 kilometers south of Cebu City, was being considered in the wake of the attacks against town’s officials that had so far claimed five lives this month.

“This is to deter further violence so most probably (if their classification will be elevated), there will be an augmentation of forces in the area,” Brillantes said.

Brilliantes said he was  just waiting for the result of the investigation being conducted by the police on the ambush on San Fernando Mayor Lakambini “Neneth” Reluya in Talisay City on January 21,  which resulted to the death of her husband, Councilor Ricardo “Nonoy” Reluya Jr., and two others, before he would formalize his recommendations.

Mayor Reluya is seeking reelection while her husband, who was the president of the town’s Association of Barangay Councils (ABC),  was her runningmate,  for the midterm elections in May this year.

Earlier this month,  two other officials of the town — a councilor and a village chief — were killed in separate attacks in the town. / elb