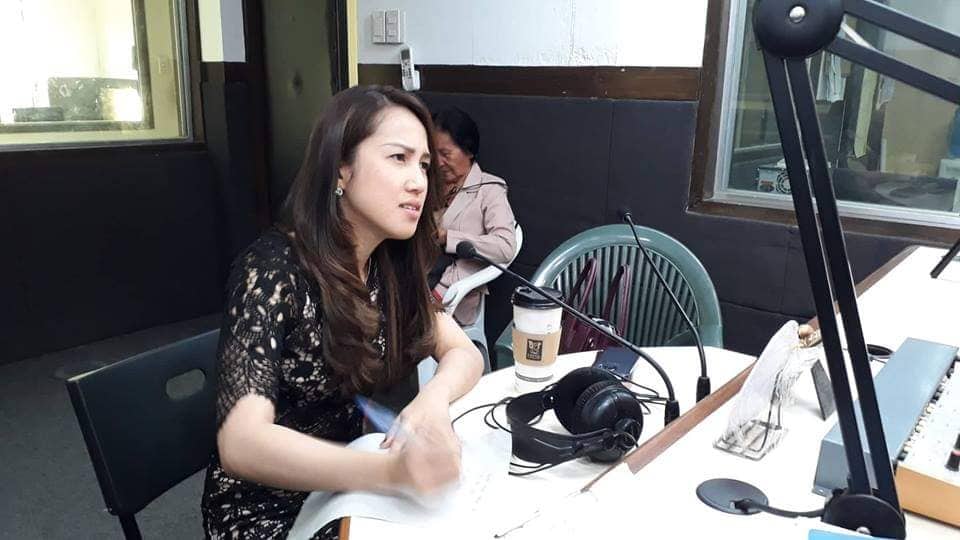 Monique Roa, the daughter of former assistant prosecutor of Cebu City Mary Ann Castro, in an interview with CDN Digital columnist and lawyer Ruphil Bañoc over dyHP on  Feb. 2, 2019./ Photo courtesy of dyHP

CEBU CITY, Philippines – There may be no leads yet to solve the death of former Cebu City assistant prosecutor Mary Ann Castro but if there was one thing certain for Castro’s family, it would be that the gunman was a professional assassin.

In an interview with Straight to the Point anchor and Cebu Daily New Digital columnist Ruphil Bañoc over dyHP on Saturday, Monique Roa, a University of the Philippines law student, said she believed the gunman was an expert and a professional.

Roa based her observation on the initial findings they got from investigators of the Philippine National Police (PNP).

“There were five gunshot wounds. One through her head, the other through her cheek and the third on her neck. Three (sic) more were found on her upper torso. It was deliberate, and there was cruelty to it,” said Roa.

According to Roa, they expect that  authorities will release the result of Castro’s autopsy this coming Tuesday, February 4.

She added that the family found out that all five bullets broke and passed through the driver’s window of Castro’s yellow Nissan Juke when the latter was driving along Escario Street in uptown Cebu City in the evening of January 17.

“This suggests an expert marksman. We have photos of (the crime scene). Even police from Station 2 (Abellana Police Station) say that the trajectory of the bullet was that of a trained marksman,” she said.

However, Roa said the family is still  clueless as to who wanted their mother killed. Her mother, she said, had previously assured her that she  did not receive any death threat.

“I already asked her to please be careful and cautious. And some of her colleagues were murdered including Attorney Ungab (former Ronda vice mayor Jonnah John Ungab who was gunned down in Cebu City on February 19 last year). She told me: ‘I have not received threats’. Wala na sad ko ni follow-up, and I took her word for it,” said Roa.

Ungab was one of Castro’s legal counsels when members of the Regional Special Operations Group in Central Visayas (RSOG – 7) lodged complaints of direct assault and malicious mischief against her, and six others co-accused, in 2016.

The case stemmed from a libel complaint Castro filed against Maricel Gregory, who was reportedly the common-law partner of Leodegreco Sanchez, her estranged husband.  When Castro learned that Gregory surrendered to RSOG-7 after an arrest warrant on the libel case was issued against the latter, Castro and the others named as respondents to the case allegedly barged into the police office,  destroyed  the door of the room inside the RSOG-7 office where Gregory was being held, and hurt a couple of RSOG officers in the process.

It was the first time that Roa had spoken to the public about her untimely death.

Castro’s ambush-slay has prompted the Department of Justice (DOJ)  to instruct the National Bureau of Investigation in Central Visayas (NBI-7) to conduct its own investigation into the case, alongside with the PNP. /elb