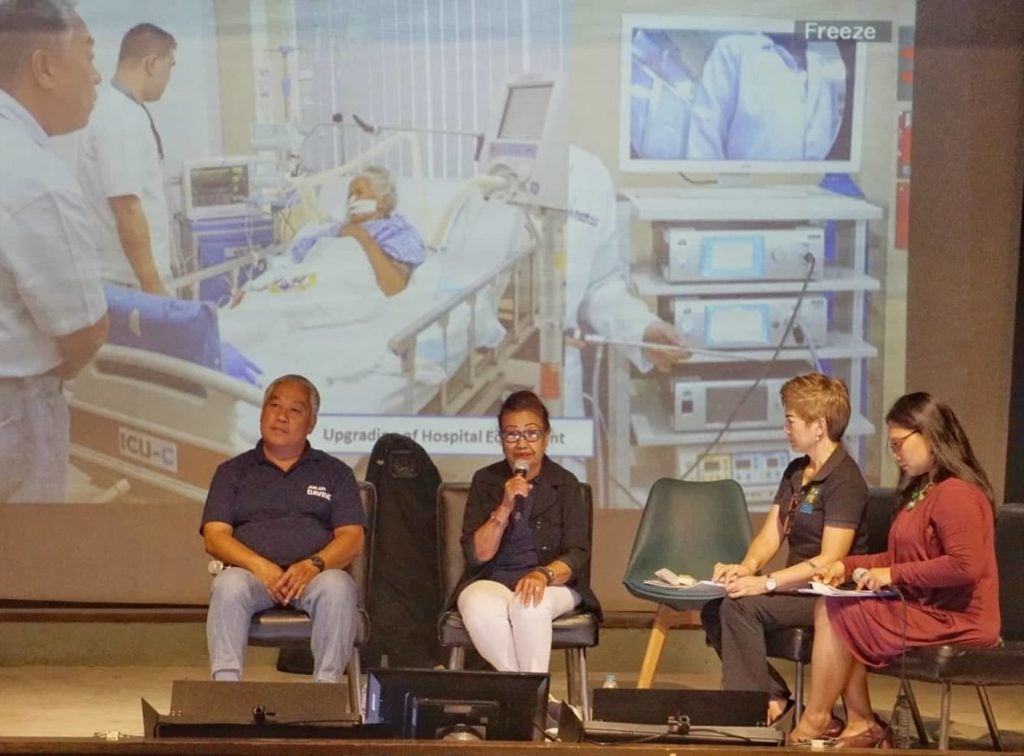 CEBU CITY, Philippines – Cebu Vice Governor and gubernatorial candidate Agnes Magpale said that she wished a ‘fair and just’ trial would be granted on the two top officials of San Francisco town in Camotes Island who were arrested on Thursday morning (April 4) for illegal possession of firearms and explosive.

Magpale said that she, together with her running mate Cebu Governor Hilario Davide III, visited San Francisco Mayor Aly Arquillano and his brother, town Vice Mayor Al Arquillano, at the Cebu Provincial Police Office where they were detained.

“I hope and pray they will be given a fair treatment in the detention, and fair and just trial,” said Magpale in the Klarohay Ta! forum of Mega Cebu held at the Buttenbruch Hall of University of San Carlos today, Friday (April 5).

The Arquillano brothers were arrested by operatives of the Provincial Intelligence Branch in their ancestral house at San Francisco, one of the four towns comprising Camotes Island which is located 237 kilometers northeast of Cebu City.

Magpale also said she hoped her other partymates would not suffer the same fate with the Arquillanos.

Several high-powered firearms, and a hand grenade, were seized from the private quarters of the Arquillano brothers, according to the report of the police. However, both neither confirmed nor denied when asked if they owned the weapons confiscated from them./dbs