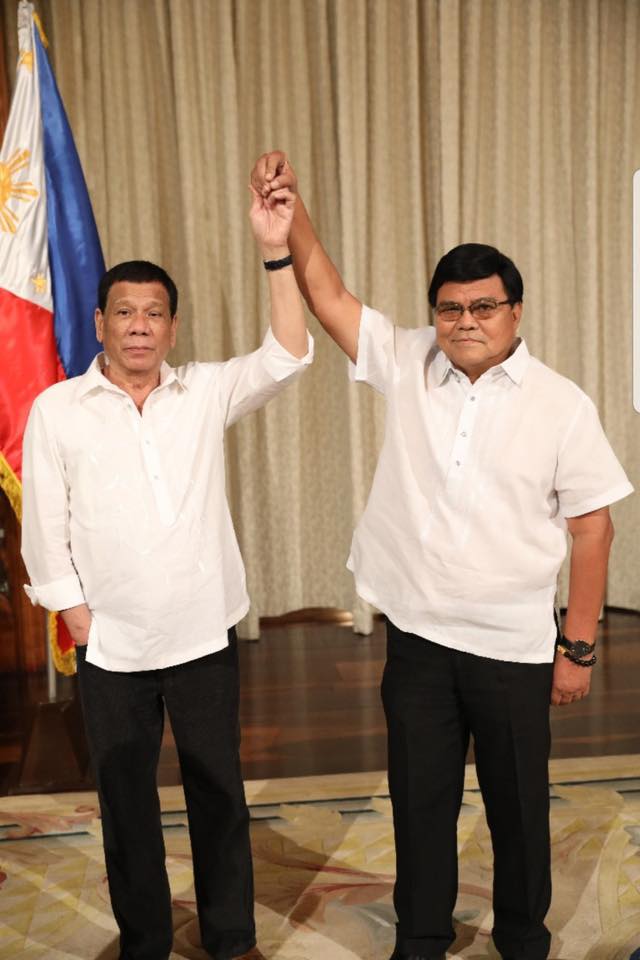 Labella earlier posted on his Facebook page the reason why he asked to postpone the Integrated Bar of the Philippines (IBP) Cebu City Chapter mayoral debate on May 6 to May 10.

In the picture he posted, Labella met with Duterte, who once again raised his hand in support of the local official for the upcoming May 13 elections.

Labella, in a press conference, said that he and the President spoke about future nationally funded projects in Cebu including the possible construction of the Light Railway Transit (LRT) and massive low cost housing.

He said the President assured him that he (Duterte) would continue to support Cebu City and its projects.

“Matod pa niya (According to the President), Cebu is close to his heart,” said Labella.

Labella’s runningmate for vice mayor, former Cebu City Mayor Michael “Mike” Rama, said that Labella’s representation in Manila had been important for the Partido Barug because it would assert the support of the President to the entire slate.

“It was a good thing for all of us. His (Labella) being there proves that our team is the choice of the President,” said Rama.

Rama said that he did not know why he and the other candidates were invited to Malacañan and said that it might have to do something with saving costs of transporting all the candidates to Manila.

Nonetheless, Rama said that Labella’s presence in Malacañan boosted the morale of the entire team, a week before the May 13 elections. /dbs