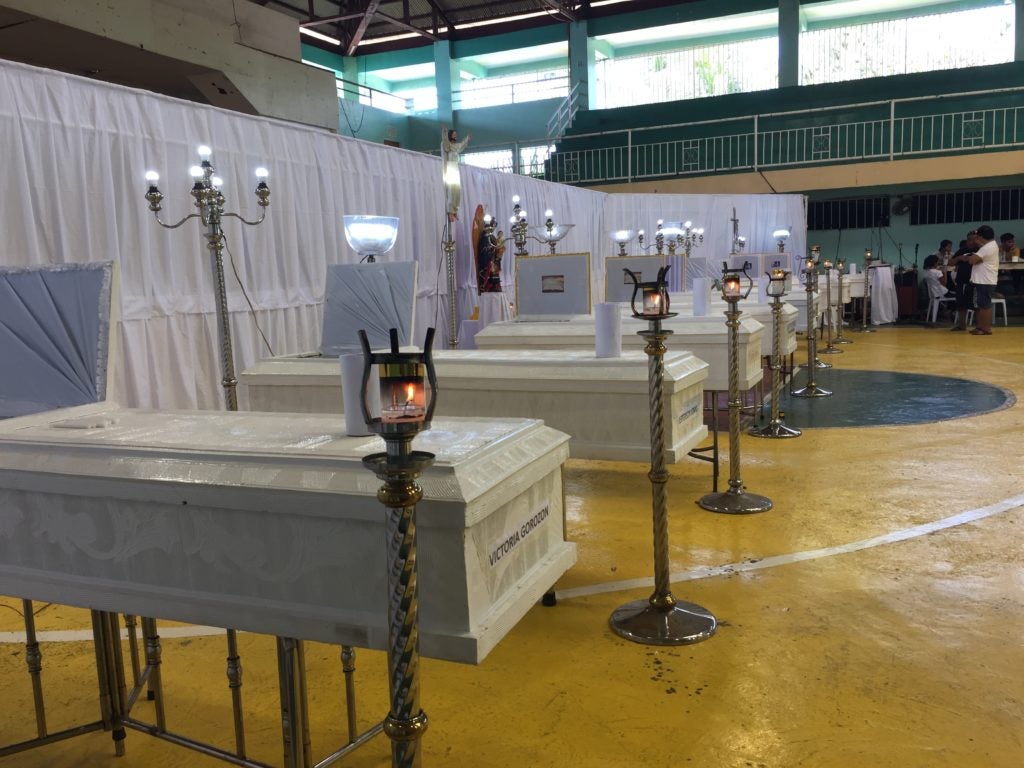 The nine victims in the Boljoon incident were laid to rest on Sunday morning, July 21. | Delta Dyrecka Letigio

CEBU CITY, Philippines — The nine victims who died in a truck accident in Barangay Upper Becirril, Boljoon town, south Cebu, were laid to rest around 8 a.m. on Sunday morning, July 20, at the Boljoon Public cemetary.

Boljoon Mayor Merlou Derama said the family of the victims opted to bury their loved ones two days after the incident because they needed to go back to their farmlands in the mountain to work.

The municipal government and the provincial government paid for the expenses of the burial services, as they promised in previous statements.

The seven children and two adults were on board a mini dump truck owned by the town along with 22 other passengers on their way to the town center on Friday, July 19, when the truck turned upside down and fell off a road side cliff.

Driver, Danilo Nieres, 50, said that he lost control of the truck upon going downhill from Barangay Nangka and he tried to save the passengers by turning the truck towards the mountain side, but the truck turned upside down instead.

Nieres was proven to be sober after getting a negative result in the alcohol test, but he will still face charges of reckless imprudence resulting to multiple homicide and multiple physical injuries.

Derama said that the families have begun to go home after the burial and expressed their hopes for justice over their loved ones’ deaths.

The municipal government are still providing for the 22 injured individuals of the incident as some are still recuperating in the hospitals.

Governor Gwendolyn Garcia, who visited the wake of the victims on Saturday, July 20, already promised the victims of the Capitol’s support to the bereaved families and ordered a thorough investigation on the incident. /dbs

Read Next
Cebu City roads ‘near empty’ during Pacquiao-Thurman fight