Eradication of marijuana plantations in Balamban a tough fight – Binghay 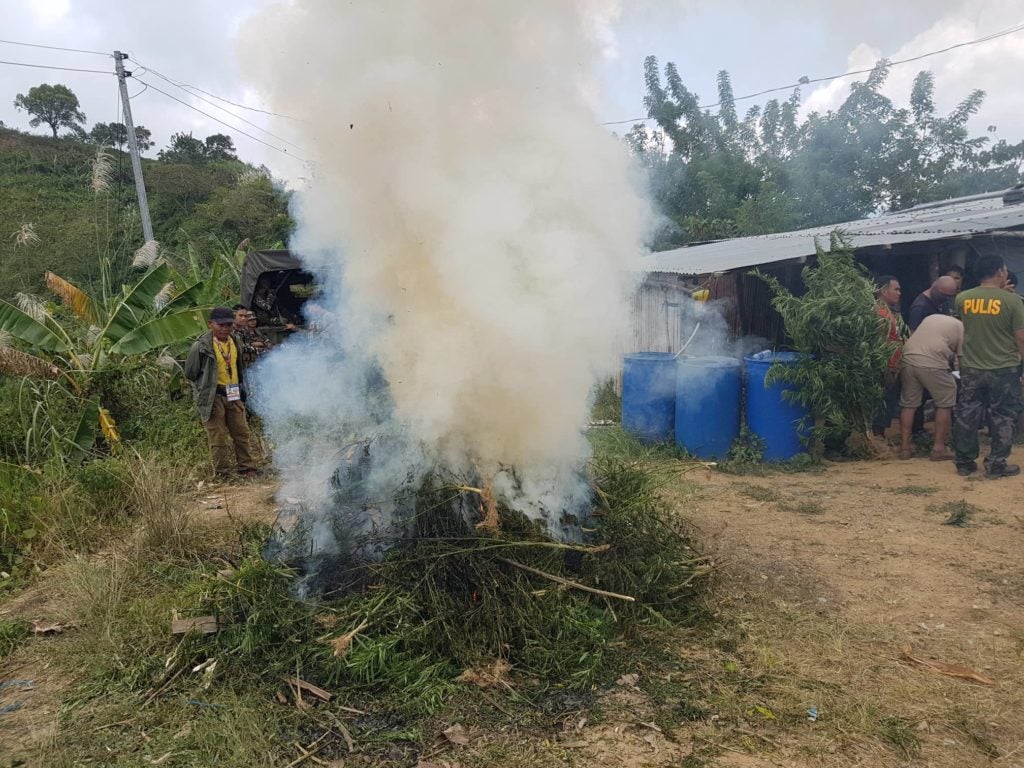 Balamban Mayor Alex Binghay said that the presence of marijuana plantations in their town is a problem that dates back in the 1980s. | Alven Marie A. Timtim

CEBU CITY, Philippines — The proliferation of marijuana plantations in the municipality of Balamban in midwestern Cebu dates back in the 1980s.

Mayor Alex Binghay said that he and other past mayors have been talking to farmers to convince them to already cease from growing marijuana plants.

Binghay expressed hope that constant police and military operations against marijuana plantations in his town that is located about 52 kilometers away from Cebu City, will finally be the answer to this kind of a problem.

Read More: P32 million worth of marijuana uprooted and burned in Balamban

Mayor Binghay, who was among those who witnessed the burning, told reporters that Balamban officials have had a “long battle” against the operation of marijuana farms located in remote barangays in their town.  Plantations already existed even before roads were opened in these areas.

Still, Binghay said that his administration will not cease in their campaign to visit and convince farmers to leave their old ways and return to growing crops and other plants.

(We will never cease from reminding our people of the evils of marijuana.)

Binghay said they are also organizing sports activities in coordination with the Municipal Police Station to divert the attention of the youth to do something that is beneficial to their health and their communities.

The Balamban mayor said he will never lose hope of one day seeing his town as a drug-free community. /dcb