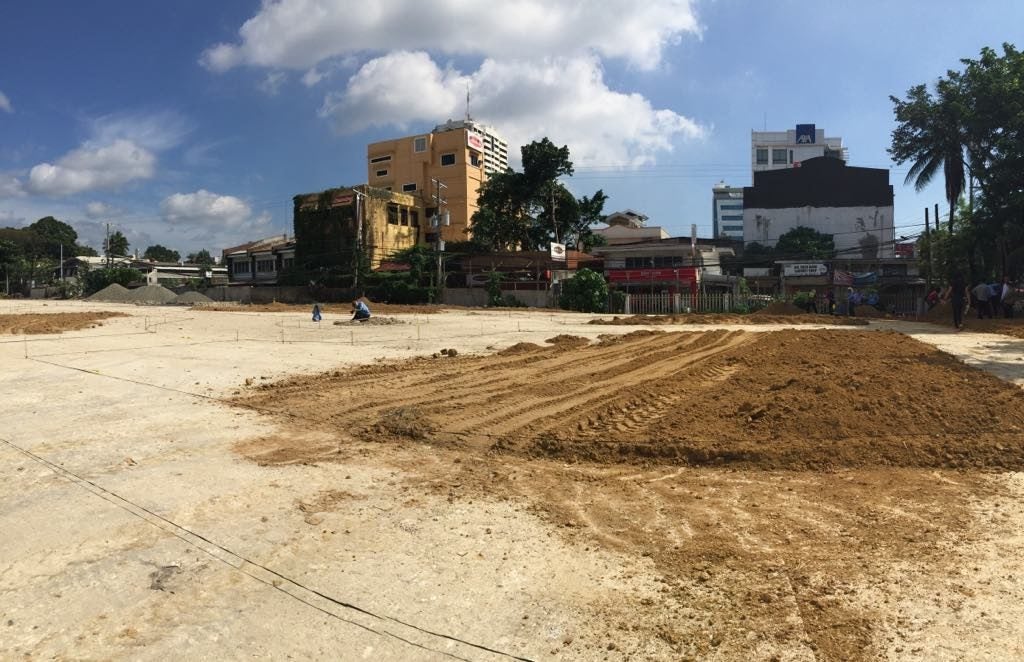 Excavation work on the lot where the Provincial Resource Center Building was supposed to be built is done. CDN Digital photo | Rosalie Abatayo

CEBU CITY, Philippines —  The Capitol’s Bids and Awards Committee (BAC) is eyeing to resolve the blacklisting of WT Construction Inc. (WTCI) before 2019 ends.

WTCI is the contractor of the scrapped P1.3-billion Provincial Resource Center Building project, which Governor Gwendolyn Garcia ordered permanently stopped upon her assumption on July 1, 2019.

Provincial Treasurer Roy Salubre, who sits as BAC chairman, said they still await some documents from WTCI before proceeding with a resolution.

“Hopefully, we can resolve that within the year,” Salubre said. “Pero depende man gud na sa documents pod nga ilang i-provide. Likewise, we give them enough time to prepare and defend themselves.”

(But that will depend on the documents that they will provide.)

Garcia wanted WTCI blacklisted after the latter snubbed the her 48-hour ultimatum last July. Garcia, then, wanted the firm to backfill the right side of the Capitol grounds, which they excavated for the foundation of the scrapped 20-story infrastructure project.

Once blacklisted, WTCI will be banned from undertaking any future projects of the provincial government.

Meanwhile, the holes in the Capitol grounds have been completely filled up and levelled.

A private haulers cooperative in the Visayas volunteered to fill up the excavation while the Provincial Engineering Office worked on the compacting and levelling.

Garcia said the space will be converted into an integrated pay-parking area and mini park.

However, the governor earlier said WTCI is not yet off the hook.

Aside from the blacklisting, the Garcia also mulled to file charges against WTCI to demand compensation for the resources spent on compacting and levelling the site.

The Capitol has also alleged WTCI of misrepresentation of their credentials when they bid to construct the building.

Based on the procurement law, a bidder should have completed a single project worth at least half the price of the total approved budget of the project being bidded out.

This means that while the approved bid contract of the resource center was P1.3 billion, WTCI must have previously completed a single project worth at least P650 million.

WTCI was the contractor of the controversial P800-million Cebu International Convention Center (CICC), which was built in 2007 during Garcia’s first term as governor.

But Garcia said WTCI cannot use the CICC project as basis to qualify because it was not a single-contract project.

Aside from CICC, WTCI was also the contractor of the P638- million underpass in Barangay Mambaling, Cebu City. /bmjo