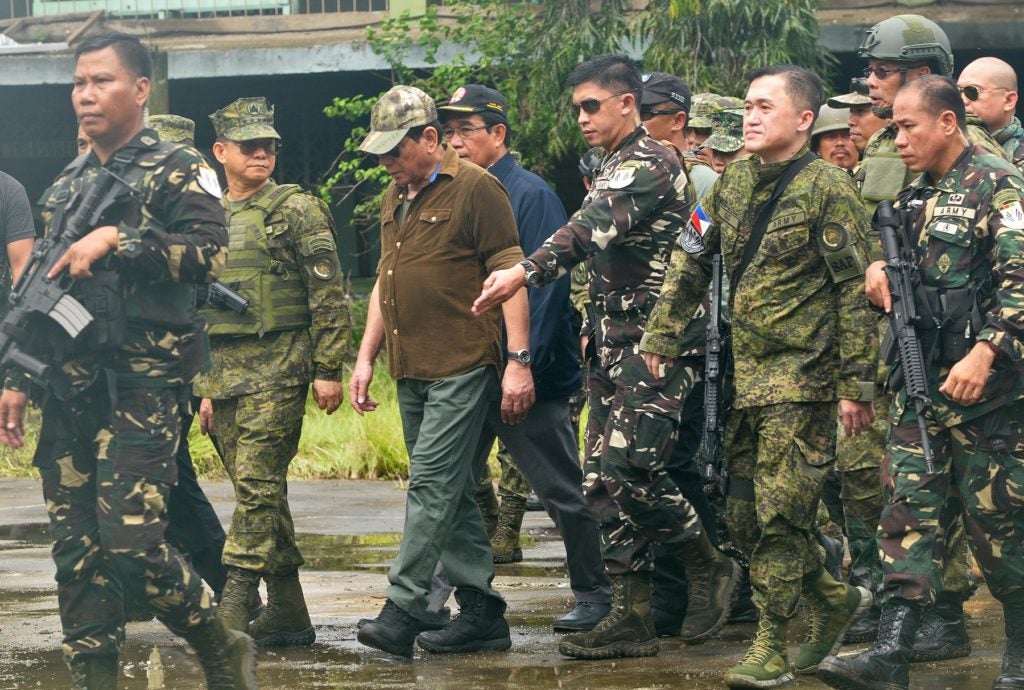 President Rodrigo (wearing a camp and brown shirt) arrived in Marawi and declared it as “liberated” on Oct. 13, 2017 from ISIS-linked Maute militants who occupied the city for five months. | File photo by Froilan Gallardo

CAGAYAN DE ORO CITY, Philippines — The news that President Rodrigo Duterte would not extend Martial Law in Mindanao was widely cheered by war-weary residents in Marawi City in Lanao del Sur on Tuesday.

“Its about time. This was long overdue but we welcome this development,” Marawi Leader Drieza Liningding said.

“Martial law is Martial law. It is very hard to explain to foreign investors that what we have in Mindanao is not outright military rule,” Banker Arsenio Sebastian added.

Malacanang on Tuesday announced that President Duterte would no longer extend Martial Law in Mindanao that was set to expire on Dec. 31, 2019.

Presidential Spokesperson Salvador Panelo in a Palace briefing said Duterte “made the decision following the assessment of his security and defense advisers of the weakening of the terrorist and extremist rebellion, a result of the capture or neutralization of their leaders as well as the decrease in the crime index were among the factors considered.”

Martial law across Mindanao island has been in force since May 2017 or for two and a half years with multiple extensions.

President Duterte imposed Martial Law by a presidential decree in May 2017 to counter Islamic State-linked militants who then took over Marawi City and held on to it fighting government troops for five months. 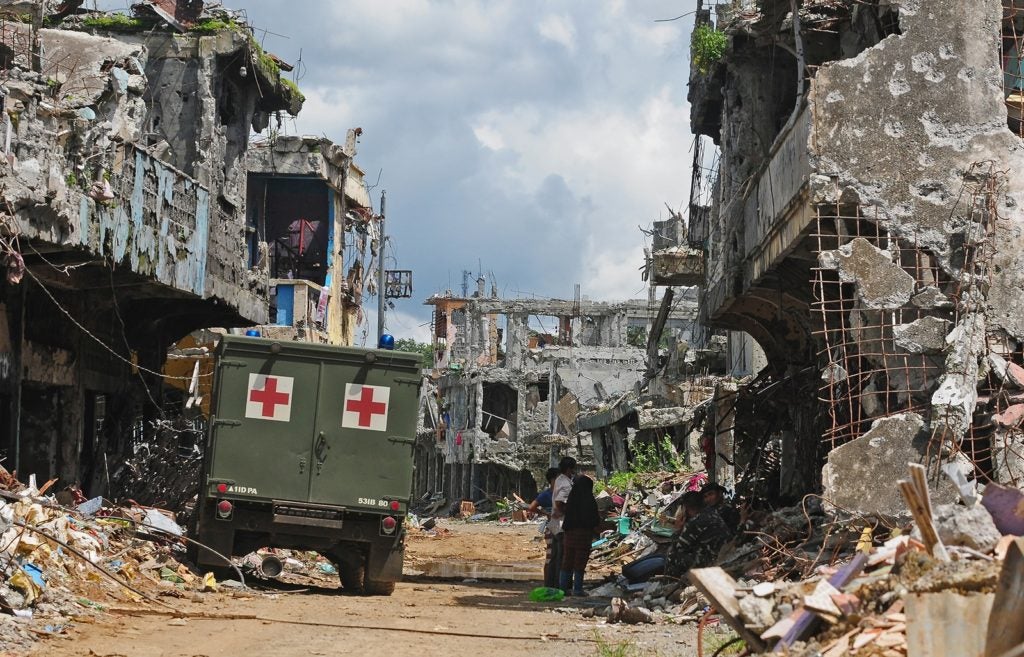 An Army ambulance is parked in the middle of devastation in Marawi where five months of fighting between Isis-linked Maute fighters and government forces, reduced the city into rubble.| File photo by Froilan Gallardo

Major General Franco Nemesio Gacal, chief of the Army 4th Infantry Division, said the threat that ISIS militants would extend their attacks to Iligan, Cagayan de Oro and other Mindanao cities had already been eliminated in the past two years.

“The militants are reduced to less than 30 fighters from 1,000 two years ago. They are no longer a threat, Gacal said.

Gacal said army forces had also sharply reduced the communist New People’s Army with 5,000 of its fighters and supporters surrendering in the past month.

“President Duterte sees this and seizes the chance to bring normalcy to Mindanao. We will support his political decision,” Gacal reiterated.

Adiong said in its two years of Martial law implementation, government forces managed to capture or tear down the followers and financial structure of the ISIS-linked Maute brothers who attacked Marawi.

“The military objectives are fulfilled now the island’s economy should start,” Adiong said.

Another Marawi leader Agakhan Sharief said Martial Law had been “historically tragic” for the Maranaos.

Elin Anisha Guro, head of the library of the state-run Mindanao State University, said with Martial Law not being extended, curfew in Marawi City should also be lifted.

Guro said curfew hours starts at 10 p.m. in Marawi City and residents were forced to sleep in nearby Iligan or drive their cars as fast as they could to avoid arrests.

“I know relatives and fellow Meranaws figuring in car accidents trying to beat the curfew in Marawi,” Guro said.

Guro said Marawi residents had to endure these hardships for two years.