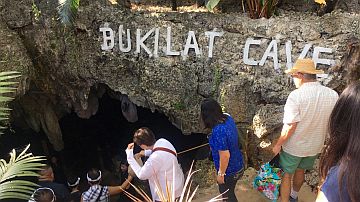 CEBU CITY, Philippines — Suroy-Suroy Sugbo will be going up north this January minus Danao City.

Provincial Tourism Officer Maria Lester Ybañez said the city declined to be part of the tour on January 22 to 24, 2019, covering all the northern Cebu towns including Bantayan Island.

Ybañez said Dinggoy Duterte, Danao City’s tourism officer, informed them that the city will not join during a meeting prior to the Southern Heritage Trail last November.

She said that Duterte did not elaborate on the reason for the city’s opting out of the Suroy Suroy Sugbo.

“We are happy that they are up front in declining us instead of leaving us without (an) idea if they will join or not,” Ybañez said.

Both the younger Durano and Magpale lost in the last elections.

CDN Digital tried to reach out to Duterte for clarification on their nonparticipation in the tour.

Despite having been hit by Typhoon Ursula last December, the towns of Medellin and Daanbantayan are still part of Suroy Suroy Sugbo Northern Escapade.

(They will all join. Although for Medellin and Daanbantayan, we knew what happened there. They did no say that they would back out. And they assured that they would fix those that were damaged by the typhoon.)

With the tour happening the week after Sinulog, Ybañez said they would be expecting more delegates, particularly balikbayans, to join Suroy Suroy Sugbo.

Suroy Suroy Sugbo is one of the promotional activities of the province for the tourism industry.

Beaches and water activities are some of the tourism highlights in the northern part of the province.

As of January 2, Ybañez said they would now be filling in the fourth bus of paying clients.

The tour package for the Northern Escapade ranges from P9,000 to P14,000, depending on the arrangement of the accommodation. The payment includes the transportation, accommodation, and meals of the delegates for the three-day tour.

Ybañez said they would be accepting payments only until January 10 since they would have to arrange the vessel transport of the tourists in going to Bantayan Island./dbs

Read Next
Labella wants Sinulog to end by 7 p.m.