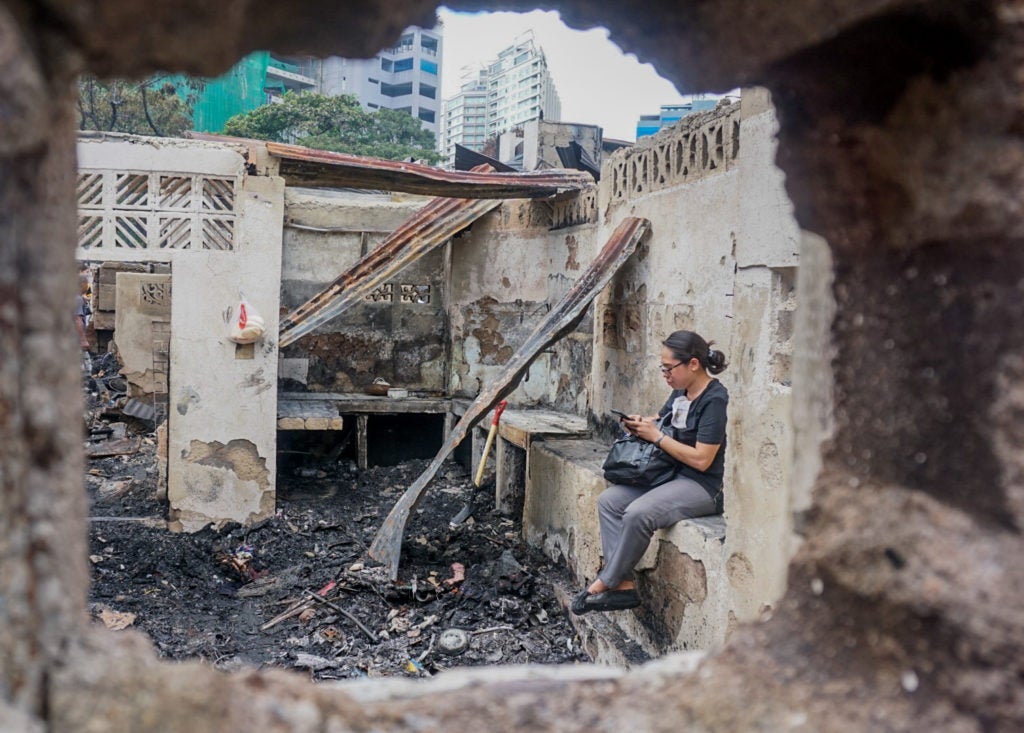 A resident secures what was left of her home that was among those burned by the fire that hit Sitio Sto. Niño 3 in Barangay Luz, Cebu City late on Monday night, Jan. 13, 2020.  | Gerard Francisco

CEBU CITY, Philippines — Barangay Luz families, who lost their homes to the Monday night fire, are set to receive cash assistance of P50, 000 to help in the immediate reconstruction of their burnt homes.

NHA releases cash aid to families, who lost their homes to natural calamities like fires, depending on the request of Local Government Units (LGUs).

As a policy, the city government also releases cash assistance of P20, 000 to house owners and P10, 000 to sharers or renters.

Read: P1M worth of property destroyed after fire razes 60 houses in Barrio Luz

The Bureau of Fire Protection (BFP) listed around 60 homes that were either burned or damaged by the fire that hit Sitio Sto. Niño 3 in Barangay Luz, Cebu City on Monday, January 13, 2020.

Damage to properties was pegged at P1 million.

As of 3 p.m. on Tuesday, Jan. 14, the Department of Social Welfare and Services (DSWS) listed at least 45 homes that were burned by the fire leaving 95 families consisting of 350 individuals homeless.

In his Tuesday morning presscon, Labella said he sought NHA’s help to make sure that fire victims will have money to spend for the immediate purchase of housing materials.

Labella said that he plans to also use his personnel funds to especially buy underwear for the fire victims since most of them lost their personal belongings during the fire.

“I will personally buy that (underwear) for the victims because they need it as soon as possible. We cannot wait for government funds for that. I have arranged for my own funds to be used for the purchase,” said the mayor.

Labella already visited the fire site early on Tuesday to check on the condition of the fire victims who are now staying at the barangay gym.

They were served packed meals for breakfast and offered tents for their shelter.

Simeon Romarate, head of the Division for the Welfare of the Urban Poor (DWUP), gave the assurance that fire victims will be allowed to rebuild their burnt homes because the property that they occupy is part of the Cebu provincial government owned lots identified under Ordinance No. 93-1.

The property is now subject of an ongoing negotiation between the city and provincial governments.

Romarate said they also plan to recover subdivision roads that were earlier identified in the community’s subdivision plan but were already encroached by illegal settlers.  The recovery of old roads will be made part of their reblocking plans for the fire-affected area. / dcb

Read Next
IN PHOTOS: Barangay Luz Fire: The morning after