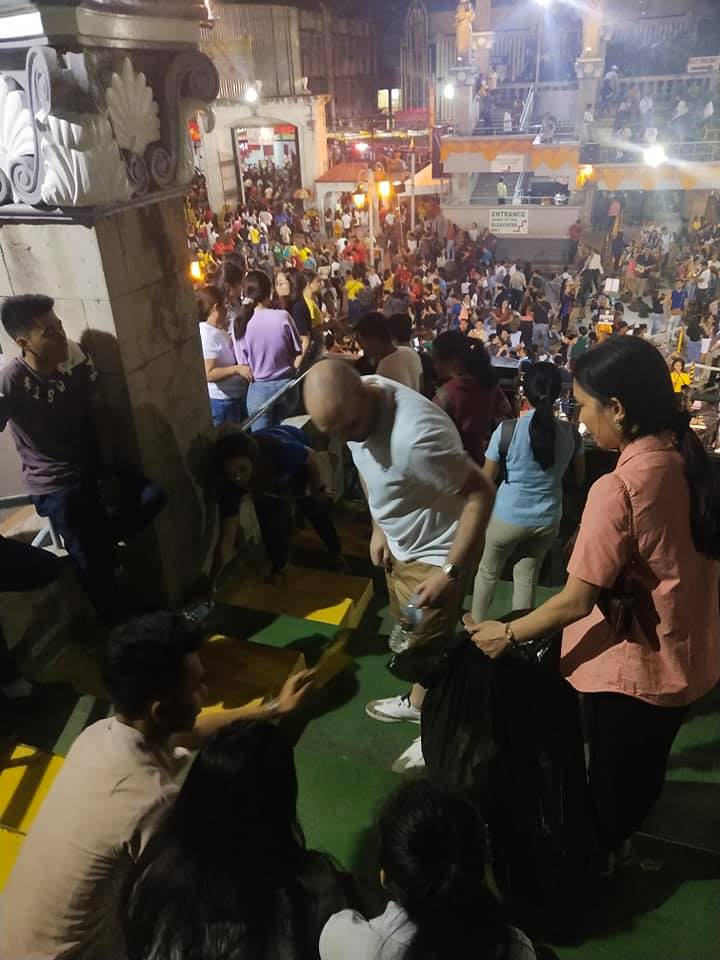 CEBU CITY, Philippines—Lenieto “Dods” Milan, a tour guide from Cebu, came from attending a mass at the Pilgrim Center of the Basilica Minore del Santo Niño de Cebu last January 10, 2020 when something caught his attention.

The 63-year-old Milan noticed that a foreigner and his wife was picking up trash in an area of the Pilgrim Center just right after the 7 p.m. novena mass in honor of Señor Santo Niño.

Milan was touched with this good deed that he decided to take a photo and a record a video of the couple and share it in his Facebook page.

“Thank you to this foreigner and his Filipina wife for setting a good example, after the mass has ended. Please watch,” his caption read.

Unfortunately, Milan was not able to ask for the couple’s names. But he hopes that the post will still serve as an inspiration to others.

“Let’s help educate our people so Cebu will become pleasing to our tourists, both local and international, [especially]  that Cebu City is listed as the 77th favorite city in the world,” says Milan.

Read: Cebu City among Top 100 Destinations in the world

Being a devotee of the Seńor is one thing. But being a good example to everyone, especially in times like this, is something that the Señor will sure be happy about.