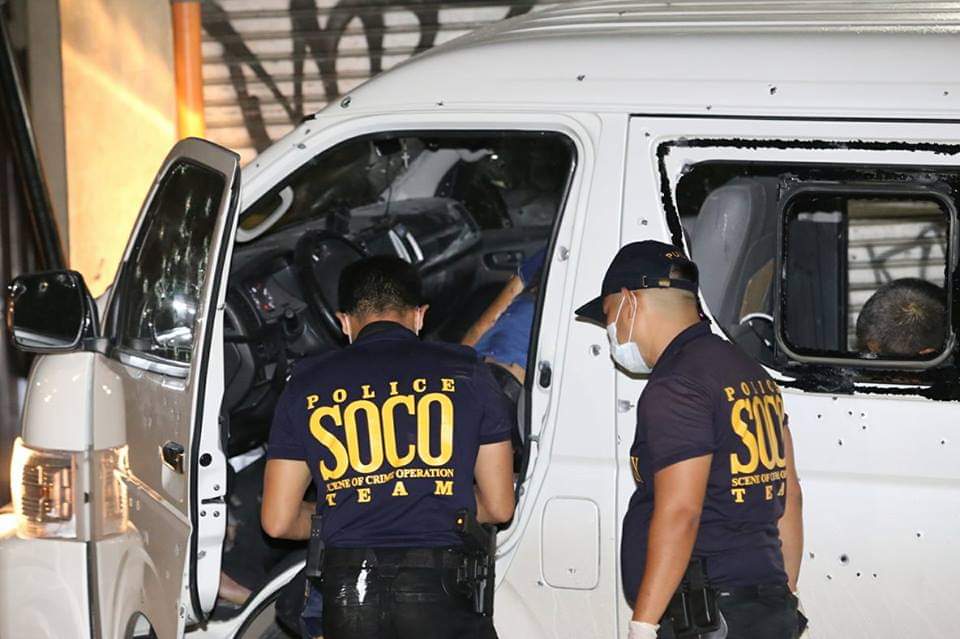 Police examine the bullet-riddled van where Ricardo Reluya was ambushed in this January 2019 photo.

Reluya, Monterona and Bayot were the fatalities of the ambush in Barangay Linao, Talisay City on January 22, 2019, a few months before the midterm elections last May.

The ambush was among the bloody events that veiled San Fernando during the election season.

On Monday evening, January 20, 2020, San Fernando Mayor Lakambini “Neneth” Reluya announced that the town will be commemorating the first death anniversary of her husband and the two municipal employees through a solemn Mass at 5 p.m. in the town’s San Isidro Labrador Church on Wednesday, January 22, 2020.

A candle lighting in front of the municipal hall and a unity walk will follow after the Mass.

The mayor urged her constituents to “join in their prayers for justice, peace and protection.”

“We remember. We condemn. We continue to storm heaven with prayers!” she added.

The late Reluya was running for vice mayor with his wife, Mayor Reluya, as his running mate at the time.

The mayor, who was then in her first term, also sustained injuries from the ambush. /bmjo